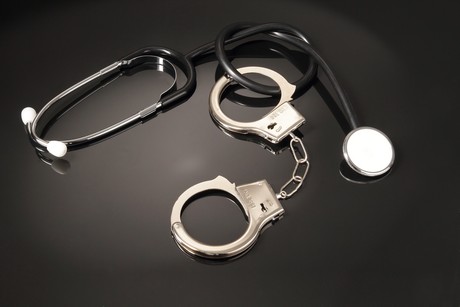 A man pretending to be a doctor in Victoria has been sentenced to nearly 10 years' jail and placed on the sex offender register for life.

Fake doctor Raffaele Di Paolo was successfully prosecuted by the Australian Health Practitioner Regulation Agency (AHPRA), on behalf of the Medical Board of Australia, for illegally presenting himself as a registered medical practitioner.

Di Paolo has never been registered as a medical practitioner or in any other regulated profession under the National Registration and Accreditation Scheme in Australia and has never completed a medical degree or equivalent qualification.The prosecution by AHPRA took place alongside a criminal prosecution for various indictable offences brought by the Victorian Director of Public Prosecutions (DPP), sending a signal that justice will be served for patients and families betrayed and put at risk by fake practitioners.

The Health Practitioner Regulation National Law, as in force in each state and territory (National Law), establishes a number of offences for companies or individuals who represent themselves or others to be registered health practitioners, without being registered to practise in a health profession or recognised specialty.

On 27 October 2014, AHPRA received a notification from the Health Services Commissioner in Victoria about Di Paolo and his conduct during a series of consultations with patients and families. Charges were laid on 16 January 2015 including that Di Paolo had claimed to be a specialist health practitioner by using the term ‘gynaecologist’ or the term ’obstetrician’ in relation to himself and by failing to state that he was not a medical practitioner, or that he was in fact a homeopath.

In relation to the DPP’s charges, the court sentenced Di Paolo to nine years and six months in jail, with a non-parole period of six years and six months, and placed him on the sex offender register for life. For his offences under the National Law the court recorded a conviction against Di Paolo and imposed a total fine of $5000 as well as awarding costs to be paid by the defendant as agreed and taxed in the event of no agreement.

Reflecting on the outcome, AHPRA CEO Martin Fletcher said the decision by the court is a serious signal to anyone who falsely claims to be a registered health practitioner.

"This is an exceptionally good outcome for patient safety. We will continue to do everything we can to prevent fake practitioners putting the public at risk."

Medical Board of Australia Chair Dr Joanna Flynn AM said the evidence given by Di Paolo's victims showed the impact of his deception on people who deserved good care.

"It is never acceptable to breach the trust that is at the heart of the doctor–patient relationship. Pretending to be trained and qualified when you are not breaks the law, betrays community trust and will trigger serious regulatory action," Dr Flynn said.

What the law says

The National Law protects the public by ensuring that only registered health practitioners who are suitably trained and qualified are able to use protected titles. The law allows for penalties to be issued by the Court for using protected titles or holding out as a registered practitioner when not entitled to. The maximum penalty which a court may impose per charge is $30,000 (in the case of an individual) or $60,000 (in the case of a body corporate).

To confirm if someone is registered is not, check the Register of practitioners or call 1300 419 495.