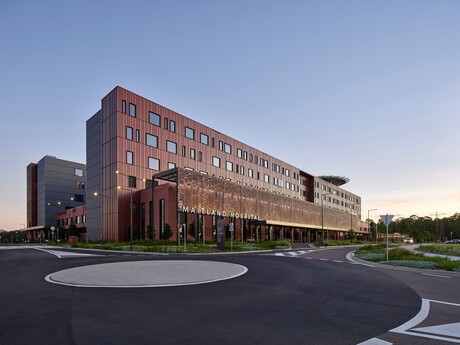 A 339-bed, $470 million hospital has officially opened in the Lower Hunter Valley of New South Wales.

“We are thrilled to extend our collaboration with Health Infrastructure NSW as delivery partner for the new Maitland Hospital,” he said.

“The new hospital delivers key services to increase clinical capability in the form of beds and treatment spaces to meet the health care needs of the growing Lower Hunter Valley community.”

Works spanned a two-and-a-half-year period, with Multiplex commencing main works early in 2019. Significantly, a total of 3465 jobs were generated by the project, and at peak construction, some 600 people worked onsite per day.

Ghannoum said that as well as well as the successful delivery of the hospital, the project had generated some significant social and environmental outcomes for the Maitland community.

Social value outcomes were underpinned by the Maitland Connectivity Centre, a Multiplex initiative linking local job seekers with job opportunities on the project and beyond. The centre delivered over 50 Indigenous candidate placements as well as 15 traineeships.

The project also delivered environmental benefits following the HI framework based on GreenStar criteria and targeting a minimum of 45 points. This included a waste reduction and recycling scheme that generated only 3.6 kg of waste per square metre, and enabled over 90% of that waste to be recycled.

More than 2500 photovoltaic solar panels were also installed as part of a new 1.16-megawatt solar system on the roof of the hospital’s northern car park.

Minister for Health and Ambulance Services Yvette D'Ath said that the crucial projects across...

Construction company Multiplex has won the enabling works contract for the $835 million John...