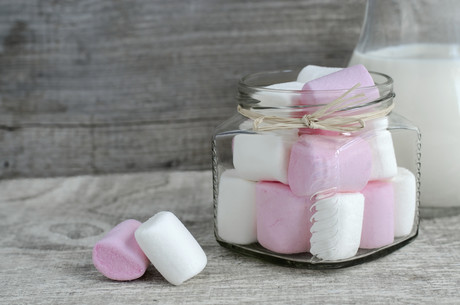 What has become known as the ‘marshmallow test’ began as an experiment in the 1960s at Stanford University’s Bing Nursery School. Children were given the choice between one reward (like a marshmallow, pretzel or mint) they could eat immediately and a larger reward (two marshmallows) for which they would have to wait alone, for up to 20 minutes.

This work by Walter Mischel and his team has become synonymous with temptation, willpower and impulse control. A ‘digital marshmallow test’ for adults to test impulsivity using smartphones has been launched by a group of researchers from the Feinstein Institute for Medical Research, Cornell Tech and Sage Bionetworks.

The team intends to develop additional apps using study data with the goal of providing support to those looking to change impulsive behaviours and better their ability to resist unhealthy temptations.

Impulsiveness is the inability to not act on immediate temptations despite the long-term consequences. Examples of impulsive behaviours are unhealthy actions such as overeating, drinking to excess and gambling. Impulsive acts over time can lead to certain negative conditions, including obesity, type 2 diabetes, substance abuse, gambling problems and suicidal behaviours, among others. That’s why identifying the triggers behind impulsiveness can help people take control of their actions and may decrease the potential for developing these associated conditions.

Participants in the study will engage in a range of tasks and self-assessment tests within the smartphone application. For example, using a previously validated computer measurement of risk-taking now designed for the smartphone, participants are asked to virtually ‘inflate’ a balloon as much as they can without making it pop in order to receive a cash prize. How people handle this challenge (ie, will they be conservative with how much they inflate the balloon or will they be risky by getting it to the point of almost popping) will provide data to help understand risk-taking under different conditions.

Frederick Muench, PhD, Feinstein Institute associate professor and director of Northwell Health’s Digital Health Interventions in Psychiatry, and Deborah Estrin, PhD, professor of Computer Science at Cornell Tech, collaborated to develop this study to assess if a smartphone app can accurately measure a person’s level of impulsivity in different situations. Because impulse control is affected by specific time of day, physical activity and social interactions such as drinking, the app will gather data at those times. The researchers will use this data to evaluate which of these factors influence impulse control the most.

“This is the first study in which the capabilities of the smartphone are being used to understand impulsivity in different settings,” said Dr Muench. “Having a better understanding of what drives this behaviour will help us design tools that health professionals and their patients can use to regulate impulsive behaviours in trigger settings.”

“As most individuals are only within arm’s reach of their smartphones, it is a great tool to profile impulsive behaviour and see what daily factors influence it,” said Dr Estrin. “With the app being accessible from any smartphone, more participants can be enrolled, providing our scientific team with access to more data than ever conceived before cell phones.”

In addition to the versions developed for the general public, the team also plans to make a version of the app where researchers studying impulsive behaviours can use the tasks and tests during in-person visits as part of their existing protocols.

Opinion: How do we do no harm with AI in health care?

AI is poised to play a significant role in the delivery of health care for all Australians, but...

Healthcare providers must pay careful attention to their cyber hygiene or find themselves facing...

The role of telehealth in modern health care

In recent years teleconsultations have played a growing role in the delivery of healthcare and...