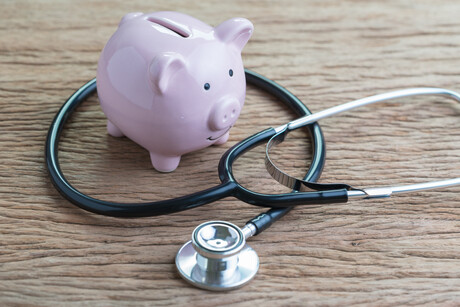 Victoria’s Treasurer Tim Pallas has delivered a health-focused State Budget 2022/23 with a $12bn allocation to the state’s health system.

“From a sharp increase of critical COVID patients, disrupted care resulting in longer hospital recovery times and people delaying seeing their GP, the last few years have really knocked our health system around,” said Treasurer Tim Pallas in a statement.

The 2022/23 budget is about a “Pandemic Repair Plan” for more staff, better hospitals and “first-class care”, Pallas said. The budget has allocated funding to train and hire up to 7000 new healthcare workers across the sector. It also includes investment in the state’s Triple Zero services and hiring more paramedics. Additionally, more people will get the care they need in the comfort of their own home, as the Better at Home Program is continued.

“This budget also delivers for regional Victorians, who deserve the same level of care as people in Melbourne. We’re upgrading regional hospitals and healthcare facilities in every corner of our state, with the largest ever investment in the Regional Health Infrastructure Fund,” Pallas said.

The Victorian Ambulance Union (VAU) welcomed the budget. Danny Hill, General Secretary — Victorian Ambulance Union (VAU),  said, “The Ambulance service has dealt with unprecedented workload over recent months. But the increased demand is not due to an increase in car accidents, heart attacks and strokes. It’s the increased reliance on 000 and ambulances due to issues in other parts of the system. So, it is good to see the spending aimed at those areas.

“We are pleased to see funding targeted towards the broader system in areas that affect ambulance services. The recruitment of more paramedics alone does not improve the situation if they spend their shift ramped at hospital or being used as a taxi. It’s our members telling us that they want to be more productive, they want to get out there and save lives. So a focus on reducing ramping is very welcome.”

According to the VAU, the funding commitments specific to its members include, but are not limited to: 400 additional ESTA call-takers and dispatchers; 90 additional paramedics on top of the 700 already recruited; an additional Mobile Stroke Unit running from Monash Hospital; funding of initiatives to prevent ambulance ramping and initiatives from the Medical Emergency Response Taskforce; $8 million to deliver the recommendations of the VEOHRC review into AV; $99 million towards ‘back of house’ rostering, support, fleet.

“The increased spending on ESTA to recruit 400 more call-takers and dispatchers is welcome. But there is further work to do on the call-taking system as well as the expansion and integration of referral pathways to ensure ambulances are not being sent to low acuity cases that don’t require emergency medical treatment,” Hill said.

According to VAU, other areas of health which will have a flow-on effect to ambulance include: a new Melton Hospital; expanded emergency departments at Casey and Werribee; 7000 new health workers including 5000 nurses; $300 million for regional health; $500 million for a new Barwon Women’s and Children’s Hospital; $698 million for the Better at Home program, which treats patients in the home after hospital discharge (this is aimed at speeding up emergency department and hospital discharge and reduced ramping); 300 new psychologists, 100 new psychiatrists, 400 mental health nurses; and $195 million for a new Goulburn Valley mental health facility.

“The Better at Home program is an excellent initiative and it’s the type of innovation we need. Better care of patients in the home after hospital discharge reduces the likelihood of follow-up ambulance calls. These initiatives free up ambulances to respond to emergency cases,” Hill said.