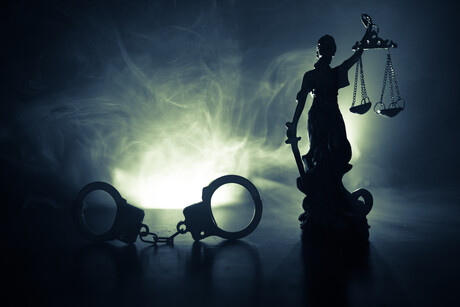 Elemer Raffai, an orthopedic surgeon, has been indicted with healthcare fraud in the US in relation to a $10 million scheme involving the submission of false and fraudulent Medicare claims.

“In exchange for kickbacks from telemedicine companies, Dr Raffai allegedly submitted millions of dollars in false and fraudulent claims to Medicare on behalf of beneficiaries without even examining them or based on conversations on the phone that lasted less than three minutes,” said United States Attorney for the Eastern District of New York Breon Peace in a statement.

“Dishonest doctors who think Medicare is a cash cow and connect with telemedicine companies to brazenly steal from this vital taxpayer-funded program, will find themselves arrested, prosecuted and their scheme disconnected.”

“These allegations describe a physician who is more motivated by personal enrichment than his duty to provide appropriate and necessary care to his patients,” stated HHS-OIG Special Agent in Charge Scott Lampert.

“Dr Raffai is accused not only of disregarding proper patient care, but also of pilfering funds from a program upon which millions of citizens depend for health services. Our agency and law enforcement partners are dedicated to tracking down individuals who commit healthcare offenses, and their involvement in a fraud network does not insulate them from our pursuit.”

FBI Special Agent-in-Charge Janeen DiGuiseppi said Dr Raffai cheated the system for his own personal gain in the amount of $10 million. Like many others who commit healthcare fraud, Dr Raffai’s crimes contribute to the rising cost of health care for everyone, said DiGuiseppi. The FBI, along with our partners, will continue to investigate healthcare fraud to ensure these individuals who willingly defraud the American people are brought to justice, stated DiGuiseppi.

According to the indictment, Dr Raffai purported to practise telemedicine with the AffordADoc Network and other telemedicine companies that paid the defendant for each consultation with a beneficiary. Between July 2016 and June 2017, he allegedly participated in a healthcare fraud scheme in which he signed prescriptions and order forms via purported telemedicine services for durable medical equipment (DME), including orthotic braces, that were not medically necessary. Dr Raffai caused the submission of these claims based solely on a short telephone conversation for beneficiaries he had not physically examined and evaluated, and that were induced, in part, by the payments of bribes and kickbacks. Dr Raffai was paid by telemedicine companies approximately $25 or $30 per patient consultation. The indictment further alleges that Dr Raffai, together with others, submitted or caused the submission of approximately $10 million in false and fraudulent claims to Medicare for DME on behalf of beneficiaries who were residents of the Eastern District of New York, and Medicare paid more than $4 million on those claims.

The charges in the indictment are allegations, and the defendant is presumed innocent unless and until proven guilty. If convicted, Dr Raffai faces up to 10 years in prison.

HESTA has confirmed that it is part of a KKR-led consortium to acquire Ramsay Health Care.