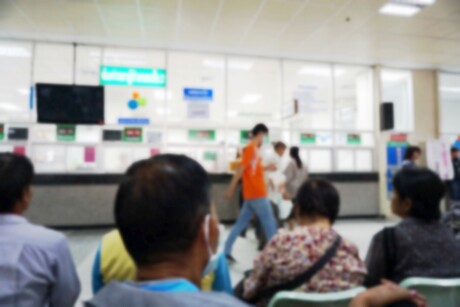 The Anderson Review into hospital security reveals the bloody and violent reality confronting hospital workers across NSW, according to the Health Services Union (HSU).

The Union strongly supports the report’s recommendations, which include:

“For the last two decades hospitals have become increasingly violent, dangerous places to work,” HSU NSW Secretary Gerard Hayes said. “Our members have been kicked, punched, shot and stabbed. Just last month, a security assistant at Port Macquarie Hospital had a chunk of flesh torn from his torso when a patient bit him.

“This report is a long overdue recognition of the violent horror that hospital workers confront. It should prompt better powers, better defensive tools and, most critically, the employment of extra permanent security officers. Security officers must be empowered to defend themselves and public safety and have the capacity to de-escalate a situation. We will hold NSW Health accountable to implementing this reform package.

“Hospitals have a wide range of medical specialists; they should also employ and empower security specialists to protect staff, patients and visitors.

“For too long this problem has been swept under the carpet. It is reassuring to see this report remind everyone that hospital staff have an explicit moral and legal right to safety. And that staff will be supported through the legal process when they make a complaint.”