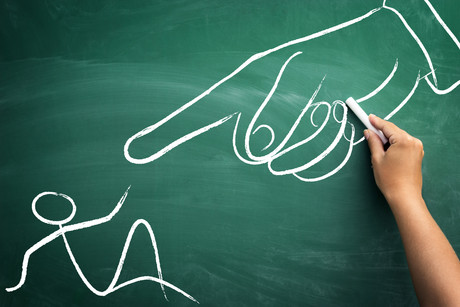 Low level unprofessionalism by medical practitioners is a risk to patient safety, according to the authors of a Perspective published by the Medical Journal of Australia.

“Health professionals consistently recognise the link between unprofessional behaviour and threats to patient safety and wellbeing,” wrote Professor Johanna Westbrook, from the Australian Institute of Health Innovation at Macquarie University, and colleagues.

It is associated with poor staff psychological wellbeing, including stress, reduced teamwork and communication, and loss of concentration. Less well understood, they said, was emerging evidence that “even low level unprofessionalism is a significant risk to patient safety”.

Unprofessional behaviour in the medical profession may range incivility through to passive aggression, public criticism of colleagues, deprecating humour, through to bullying, discrimination and harassment.

The 2016 survey of the Victorian Public Sector Commission found that 25% of staff in health agencies experienced bullying, and in a 2014 survey of the Australian Nursing and Midwifery Federation, 40% of nurses reported bullying or harassment in the previous 12 months.

“This behaviour can negatively affect staff satisfaction and staff absenteeism and retention, leading to costly staff turnover, and is associated with patient dissatisfaction, increased medico-legal risk and significant financial costs,” the authors wrote.

“A large, multisite study in the US showed that patients whose surgeons received a high number of unsolicited patient reports of negative behaviour … experienced a 13.9% higher surgical and medical complication rate compared with surgeons with few such reports.”

The 2016 Senate inquiry into the medical complaints process in Australia recommended that governments, hospitals, specialty colleges and universities commit to eliminating bullying and harassment but, according to Westbrook and colleagues, “provided little direction as to how this should occur”.

The authors outlined programs such as the Civility, Respect and Engagement in the Workplace (CREW) approach, developed and implemented across the US Veterans Health Administration nearly 20 years ago, and professional accountability programs which allow anonymous, online reporting of bad behaviour, with trained peer messengers conveying complaints to the subject of the report.

“Such programs signal an organisation’s desire to act and switch the focus of improving organisational culture to ‘everybody’s business’,” Westbrook and colleagues wrote.

“International attention has recently been drawn to allegations of unprofessional behaviour in other industries, from directors and actors in Hollywood to members of the British Parliament. However, the stakes in health care are greater with patient care at risk … It is time for health care to lead the way by adopting and rigorously evaluating organisational change programs,” they concluded.