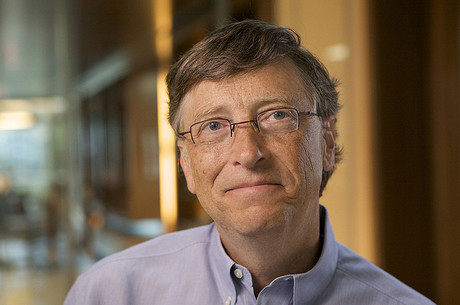 Typhoid fever, a bacterial infection that causes high fever and other disabling symptoms, remains a serious global problem in the developing world: it kills almost a quarter of a million people annually and infects about 21 million.

To help speed the introduction of, and access to, new and more effective typhoid vaccines, the University of Maryland School of Medicine (UM SOM) Center for Vaccine Development (CVD) has received a grant of $36.9 million from the Bill & Melinda Gates Foundation. The project, known as Typhoid Vaccine Acceleration Consortium (TyVAC), is a partnership with the Oxford Vaccine Group at the University of Oxford and PATH, an international non-profit global health organisation based in Seattle. TyVAC will focus on conjugate vaccines, which can trigger a stronger immune response in certain vulnerable populations, such as infants and children, than current typhoid vaccines.

TyVAC will employ a multidisciplinary approach to study and control typhoid, and generate evidence that informs global policies. The project will work closely with governments and policymakers to introduce vaccines in lower-income countries with a high burden of typhoid. The effort will also examine how well the vaccine rollouts work in early adopter countries. The project’s overall goal is to support accelerated, evidence-based decisions for new typhoid conjugate vaccine introductions that will significantly reduce the severe health and economic burdens of the disease.

“Typhoid fever disproportionately impacts children and poor populations,” said Kathleen Neuzil, MD, MPH, FIDSA, professor of medicine at UM SOM, director of CVD and deputy director of the Institute for Global Health (IGH). “With our long history of work in typhoid and typhoid vaccines, we look forward to working with partners to catalyse action against this significant public health problem.”

The project will galvanise new vaccine introductions to reduce the death and disability inflicted by Salmonella enterica serovar Typhi (typhoid). “The prevention and control of S. typhi is a global health priority, made more urgent by less effective treatment options,” said Anita Zaidi, MD, director of the Enteric and Diarrheal Diseases team at the Bill & Melinda Gates Foundation. “The prevention and control of typhoid should be a global health priority and we are pleased to support TyVAC as part of our overall strategy to combat typhoid through an integrated approach including access to clean water, improved sanitation and immunisation.”

At present, the currently available vaccines for typhoid fever are underutilised despite the substantial disease burden and a World Health Organization recommendation for the use of typhoid vaccines in areas of high burden. Typhoid conjugate vaccines have the promise to overcome some of the barriers of the currently available vaccines, providing a stronger immune response, a longer duration of protection and the ability to be incorporated into the routine vaccination schedule targeted at children less than two years old.

“We are excited to work in partnership with CVD to bring our expertise on typhoid infections and vaccines to the consortium and improve health through TyVAC,” said Andrew Pollard, MD, PhD, professor of pediatric infection and immunity at the University of Oxford, and director of the Oxford Vaccine Group.

Population density, limited sanitation and poor water quality can provide a breeding ground for typhoid. “With increasing urbanisation, we could see an even greater burden of typhoid,” noted Deborah Atherly, PhD, head of Policy, Access, and Introduction for PATH’s Center for Vaccine Innovation and Access. “Through TyVAC, we will work to ensure that typhoid vaccines finally reach those who need them most.”

“Typhoid is a significant public health problem in many parts of the world,” said UM SOM Dean E. Albert Reece, MD, PhD, MBA, who is also vice president for medical affairs at the University of Maryland and the John Z. and Akiko K. Bowers Distinguished Professor. “Over several decades, the CVD has helped save millions of lives. This generous grant from the Gates Foundation will allow our scientists, working with national and international partners, to continue with this crucial work.”