By Nicholas Wood, University of Sydney for The Conversation
Thursday, 26 November, 2020 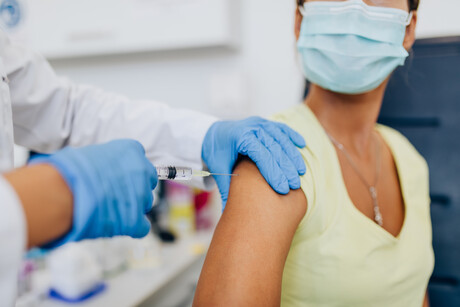 AstraZeneca’s results signal more good vaccine news — but efficacy is only the beginning of the story.

AstraZeneca has become the latest pharmaceutical company to reveal promising results in clinical trials, for its viral vector vaccine developed with the University of Oxford.

In a group given two full doses of the vaccine at least one month apart, the vaccine demonstrated 62% efficacy at preventing COVID. Interestingly, in another group initially given a half dose of vaccine, followed by a full dose, the efficacy was 90%.

This news follows similarly promising results for both Pfizer/BioNTech and Moderna’s mRNA vaccines. Press announcements indicated both had efficacy above 90% in preventing symptomatic COVID-19.

It’s important to remember none of these results have yet been published in a peer-reviewed journal. It’s also important to consider that while these figures are encouraging, they don’t necessarily tell us everything we need to know about how well the vaccines will work in the real world.

What does efficacy mean?

When clinical trials report their results — and the media follow — the correct term is “efficacy”, rather than “effectiveness”.

Vaccine efficacy is the extent to which a vaccine achieves its intended effect under ideal circumstances, such as in a randomised clinical trial.

Vaccine effectiveness is the extent to which a vaccine achieves its intended effect in the usual clinical setting — so, when it’s used in the real world.

We never really know how effective vaccines are until they’re used in large numbers of people outside of a trial. This is partly because trials select those who can and can’t take part.

Who is allowed to take part in a vaccine trial?

Many thousands of volunteers are currently taking part in phase 3 trials for COVID vaccines. Pfizer has more than 43,000 participants; Moderna more than 30,000; and AstraZeneca more than 11,000.

But it’s important to recognise that although the participants are great in number, they’re not necessarily representative of all members of the population.

All clinical trials have inclusion and exclusion criteria. These are rules the researchers set at the outset of the trial to determine who is and isn’t allowed to take part. They may exclude certain people due to potential safety concerns.

In general, participants don’t have any severe underlying medical conditions, or if they do, they are usually under good control.

The phase 3 protocols for the Pfizer, Moderna, and AstraZeneca vaccines all have similar exclusion criteria, as you can see in this table.

People who have previously had COVID-19, are pregnant, have weakened immune systems, have had recent blood transfusions, or have an unstable medical condition (for example, they’ve recently been hospitalised for their disease) were not allowed to take part in the trials.

The blood transfusions point is not because of safety concerns, but because the transfusion may inhibit the immune response to the vaccine.

But this all means efficacy data from the trials so far reflect how generally healthy, non-pregnant people respond to the vaccines. It may not be the same in those people who have been excluded.

What’s next? From efficacy to effectiveness

At this stage, Australia has signed up for the Pfizer and AstraZeneca vaccines should they meet the relevant safety and efficacy standards and gain regulatory approval.

Pfizer has applied to the US Food and Drug Administration (FDA) for an emergency use authorisation, while AstraZeneca has said it will “immediately” prepare to submit its data to regulatory authorities around the world.

The FDA and any other regulators that receive applications — likely including the Therapeutic Goods Administration in Australia — will assess the vaccines on a case-by-case basis. They will consider the target population to receive the vaccine (for example, older people or health-care workers), the characteristics of the vaccine, and all relevant evidence on the vaccine’s safety and efficacy we have so far from preclinical and human trials.

The regulators will also need to decide whether to authorise the vaccine for groups who were excluded from the trial, such as pregnant women. In any event, this emergency use authorisation is an early, or conditional approval, as the phase 3 trials are still ongoing.

Over time, we’ll accumulate more data on the safety and efficacy on these three vaccine candidates, as participants complete the phase 3 trials, and possibly from further clinical trials including different groups who were initially excluded. For example, further studies might evaluate the vaccine’s safety and efficacy in immunosuppressed people or pregnant women.

Monitoring how well the vaccine works and how safe it is will continue as the vaccine is rolled out in the community, outside of a tightly controlled clinical trial.

The early efficacy results from the Pfizer, Moderna and AstraZeneca trials are very encouraging. They may lead to an emergency use authorisation in selected populations, with vaccines potentially rolling out in the coming months.

However, we’re only at the beginning of the story. As we transition from these trials to the real world, we must continue to monitor whether any approved vaccine is safe and effective — not just efficacious — across the spectrum of the population.

Researchers have discovered how to revert antibiotic resistance in one of the most dangerous...

Australia's coronavirus vaccine rollout will be brought forward to next month, with Prime...