Deploying robotics in the fight against antimicrobial resistance 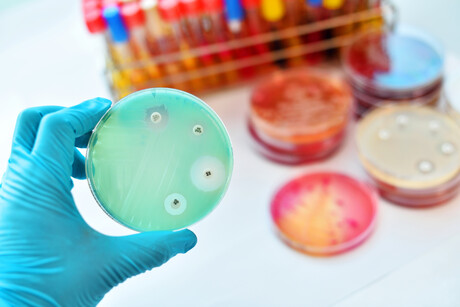 Antimicrobial resistance (AMR) is a serious global problem that threatens a return to a time when bacterial infections were a major cause of mortality. The World Health Organization has declared AMR as one of the top 10 global public health threats facing humanity. Driven by a misuse and overuse of antimicrobials, AMR results in significant costs to global economies and could undermine some of modern medicine’s greatest successes.

AMR occurs when bacteria, viruses, fungi and parasites change over time so that they no longer respond to available medicines. This resistance is granted by genes, which can be acquired through mutation, accumulated and disseminated rapidly. Currently, the mortality rate of AMR infections is on track to reach 10 million deaths per year by 2050.

Surveillance is accepted as a core component of managing AMR, yet conventional, human-centric methods have changed very little since their conception and remain prohibitively costly and resource intense. The methods are burdened by high processing costs and slow turnaround times, making them incompatible with the high volumes of sampling required to accurately depict a population’s AMR status.

Technological, automated solutions to AMR surveillance are needed if we are to win the battle. Researchers are investigating the potential of robotics to modernise the way we monitor AMR.

Dr Sam Abraham from Murdoch University’s Antimicrobial Resistance and Infectious Diseases (AMRID) Research Laboratory said that one of the key processes in managing AMR is surveillance.

“Surveillance requires the large-scale sampling of indicator organisms — bacteria such as E. coli, that are common to a wide variety of humans and animals and which typically don’t cause disease — to determine what antimicrobial resistances they are carrying, and whether these resistances are being detected more frequently,” Dr Abraham said.

“A consequence of continuing surveillance using conventional methods could mean that more serious but less frequently occurring resistances may be slipping through the cracks. If these highly important resistances are not being detected, the necessary research into combating them cannot be undertaken.”

AMRID is a cutting-edge ‘One Health’ research surveillance facility containing state-of-the-art molecular and non-molecular technologies. The facility’s disease surveillance covers the emergence of AMR in humans and animals.

Dr Abraham is leading a team of researchers investigating how to overcome the limitations to scalability when it comes to surveillance. The team has developed a high-throughput robotics platform called RASP (Robotic Antimicrobial Susceptibility Platform) to drastically increase processing power, cutting processing times by two-thirds, while maintaining or improving upon the quality of results generated by human technicians. The system automates the process of bacterial isolation, identification and antimicrobial susceptibility testing for customised combinations of drugs. This improves the ability to design surveillance to meet practically relevant objectives.

“This will be the next-generation approach to surveillance of antimicrobial resistance and could be applied to other areas of bacterial resistance,” Dr Abraham said.

“It is critical that researchers harness robotic platforms like RASP if we are to resist the current mortality trajectory of antimicrobial resistance.”

The Murdoch research team validated the platform via a series of experiments, with results published in the Journal of Antimicrobial Chemotherapy. RASP’s workflow was benchmarked against that of a contemporary laboratory. The paper explained that Experiment A compared RASP’s ability to achieve consistent minimum inhibitory concentrations (MICs) with that of a human technician across eight replicates for four E. coli isolates. Experiment B assessed RASP’s agreement with human-performed MICs across 91 E. coli isolates with a diverse range of AMR profiles. The RASP workflow was also applied to five faecal samples to demonstrate its real-world applicability, where a minimum of 47 E. coli per animal (239 total) were evaluated.

In the experiments, RASP was shown to be equivalent to an experienced human technician but proved superior in throughput, endurance and cost.

“It is critical that microbiology harnesses robotic platforms like RASP if we are to resist the current trajectory of AMR,” the authors wrote.

Cybercrime: how to protect your business, your patients and yourself

Patient data is valuable for providing care, but it's also valuable to another, less savoury...

The combination of telehealth and artificial intelligence (AI), including AI-powered chatbots, is...

How AV can benefit you and your patients' experience

IT solutions provider expands into A/NZ with Sydney office