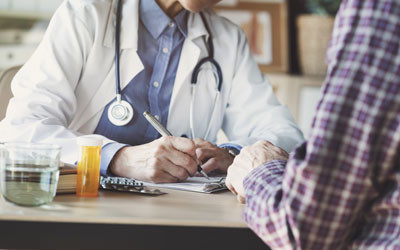 Australia’s general practitioner (GP) workforce will be undersupplied to the tune of 9298 full-time GPs by 2030, according to a report by big four consultancy Deloitte.

Demand is set to begin outpacing supply in mid-2020 with the gap widening exponentially towards the 10-year horizon, the report highlights.

The imbalance is being fuelled by demand factors like the rise of chronic disease, and an ageing and growing population, with an estimated 25% of Australians to be aged 65 and over by 2057.

Supply-side factors are also partly to blame. A rise in the proportion of female registrars in recent decades is seeing an influx of GPs exiting the profession, with a significant number of women opting into full-time motherhood, post maternity leave.

Increased competition from global peers — in terms of salary and visa entry conditions — may also reduce the prevalence of overseas trained doctors (OTDs).

“With 90% of the Australian population seeing a doctor at least once a year, it is vital an adequate supply of GPs is maintained to improve access to frontline health services,” she told Hospital + Healthcare.

“Evidence shows a positive correlation between GP supply and reductions in hospital admission and mortality risk. This is likely the result of easier access, which prevents citizens from delaying or altogether avoiding their treatment.”

As a result, waiting times at drop-in medical centres are often inconvenient, to the point of deterrence, or outright prohibitive, Pezzullo highlighted.

The knock-on effects of widespread medical understaffing have already shown to be serious, with low nurse to aged-care resident ratios cited as the main factor behind instances of negligence in the ongoing Royal Commission into Aged Care Quality and Safety.

A spokesperson for the Minister for Health refuted the findings but said the Department of Health was taking action to maintain a healthy supply of GPs, particularly in rural areas, having recently launched the Stronger Rural Health Strategy (SRHS).

“GP reform initiatives under the SRHS aim to build a sustainable, high-quality workforce distributed by community need,” he said.

“Measures include the Visas for GPs program — where overseas doctors are directed away from well-serviced metro areas into new Distribution Priority Areas — and financial incentives for GPs who practice in rural areas.

“The Morrison government is committed to delivering world-class health care to all Australians, no matter where they live.”

A South Australian nurse has been professionally disqualified for practising while on a 25-year...