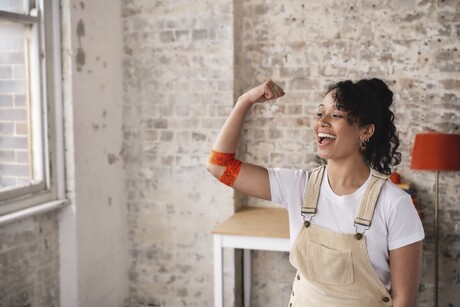 Research* released by Australian Red Cross Lifeblood reveals that one-third of Australians want to do more to help the community.

“Our data shows that 33% of us want to do more and become more altruistic in the wake of the events of 2020, but the majority don’t know where to begin, and two-thirds aren’t in a position to donate money to charity,” said Executive Director of Donor Services and Lifeblood spokesperson Cath Stone.

“However, 93% of the people we surveyed agreed that donating blood would be a good place to start.”

To help encourage people to roll up their sleeves and donate blood or plasma for the first time, the bandages will begin rolling onto arms in donor centres across the country today. They have been designed by six talented artists: Beci Orpin, Gemma O’Brien, Chris Nixon, Georgia Perry, Kenny Pittock and Brian Robinson.

“With a blood donation required every 24 seconds in Australia, the need for blood never stops. We’re thrilled to have six incredible Australian artists onboard to help us shine a colourful spotlight on blood and plasma donation, with our very own bandage badges of honour,” Stone said.

“We hope these limited-edition bandages will encourage that one-third of Aussies who want to give back to their communities to do just that.”

The Lifeblood bandages will be available at all donor centres nationwide from Monday, 19 October, for six weeks — replacing the standard white bandage usually used post-donation.

Donors will be urged to share a selfie on social media as they ‘flex their true colours’, sparking conversations about the ongoing need for blood donations.

Lifeblood has also partnered with rideshare company DiDi, which will offer 50% off fares to and from donor centres for the campaign period, Monday, 19 October to Sunday, 29 November.

“We look forward to seeing Aussies flex their true colours in our Lifeblood bandages and encourage their friends to get onboard and do the same,” Stone said.

*The research was commissioned by Lifeblood and conducted by Lonergan Research in accordance with the ISO 20252 standard. The survey included 1038 Australians aged 18+ between 1 and 6 September 2020.

Celebrating the diverse impact of nursing this International Nurses Day

The Australian College of Nursing (ACN) is highlighting the wide scope of ways nurses shape the...

The work of nurses and midwives has been recognised with eight finalists announced for the 2022...

Shift work has long been linked to health risks, but new analysis shows it may even impact higher...