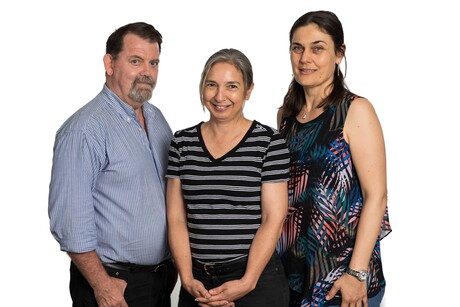 A team of Australian scientists from Southern Cross University is pioneering a technology that could heal wounds in days rather than weeks without using stitches. The team’s research has caught the attention of NASA.

Project leader Dr Rosemary Craig, working with biomedical researcher Dr Nedeljka Rosic and business consultant Gerard Criss, recently presented the technology to a panel at NASA’s Ignite the Night iTech Event — an online competition series that platforms scientific advances and innovative space ideas. The team won the round and secured a place in the August semifinals.

Dr Craig first came across the idea while recovering from a surgical procedure, when she developed a device that appeared to heal full thickness skin cuts in a much shorter timeframe than normal.

“The panel of NASA scientists said they thought our rapid-healing product would be very useful and valuable in space, especially as communication back to earth can often have a 10-minute delay and this is such a simple treatment to apply,” Dr Craig said.

“We really are over the moon to win this part of the competition. To have NASA support and promote our product is amazing. We’ve had a lot of support from CSIRO to progress our product to market, which makes our product a realistic proposition worth backing.”

While the team was unable to travel to the US for the competition due to current travel restrictions, it was able to take part in NASA coaching sessions and give a series of virtual presentations and interviews across the week, mostly between 2 and 6 am Australian time. Of the 25 semifinalists, 10 teams will be chosen to spend a week at NASA when restrictions lift.

Dr Craig said a pilot study at Lismore campus’s Southern Cross University Health Clinic — where she is a practising GP — showed promising clinical outcomes. There are plans for further clinical trials in collaboration with the University of Queensland to prove the clinical advantages of the device with a larger dataset.

“During our clinical trial on skin cancer wounds we were able to remove patients’ stitches after just one day. These trials are showing this novel dressing works on all skin types, including on aged skin and people with diabetes, and can minimise scarring,” Dr Craig said.

“Future trials plan to heal cuts and wounds without using stitches at all.

“It is simple and painless to apply, using a non-invasive device with a long shelf life. The potential impact of this technology is enormous as it not only increases the rate of repair but significantly changes the way wound healing is understood.”