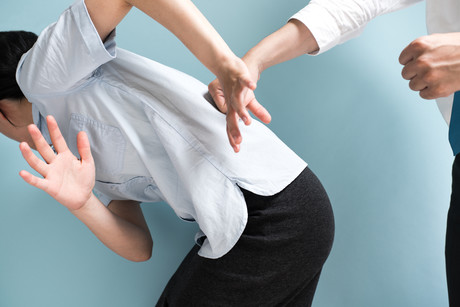 Violence against nurses and midwives is on the rise, according to research carried out by CQUniversity.

Around half of those who participated in the Queensland survey had experienced workplace violence in the previous three months, which was an increase from 40% in 2001.

“There should be concern about the rising exposure to occupational violence and the perceived lack of real action by managers to curb this rising problem,” said Desley Hegney, CQUniversity Professorial Research Fellow.

“Patients, clients and residents were the most frequent perpetrators.

“Relatives were more frequently the perpetrators in the acute public sector than in other sectors — maybe reflecting the demographics of the patients. However, in aged care — public or private — there was very little difference.

“After patients and relatives, doctors and other nurses/midwives were more frequently the perpetrators in the acute private sector.”

Strategies suggested to combat violence against nurses include limiting patients from leaving the ward, especially at night, in case they access drugs or alcohol.

As well as adequate staffing and better security equipment, facilities and procedures on the wards, it has also been suggested staff have appropriate resources to ensure safety when they are away from the clinic.

“The bottom line was that they wanted more education and training, face to face, and more security such as personal duress systems, cameras and people being charged who were behaving badly,” said Hegney.

“We’re working hard to identify and implement solutions to prevent violence in our workplaces but we need the community to support us,” Mohle said.

The study found violence against nurses and midwives was worse in aged-care facilities and in hospitals in outer regional, remote and very remote areas than in large regional centres and major cities.

Mohle said the report also found many nurses and midwives did not have time to meet patient or resident needs due to chronic understaffing — predominantly in the aged-care sector. A quarter of respondents said they were unable to complete their jobs satisfactorily. This figure rose to 40% in aged care.

The QNMU continues to campaign for safe staffing levels in aged-care facilities statewide and nationally. Currently, there are no laws that dictate even a single registered nurse (RN) be on-site at all times and no requirement that taxpayer funding be spent on direct clinical care for residents.

Some facilities rely on virtual nurses, or nurses located at sister facilities up to 400 km away, to deliver potentially lifesaving medical advice over the phone.

“40% of aged care nurses surveyed in the 'Your Work, Your Time, Your Life’ study said they were unable to properly meet residents’ needs due to chronic understaffing,” Mohle said.

The survey was conducted alongside the University of Queensland, Curtin University, QUT and the QNMU. A total of 2397 nurses and midwives responded.

New appointments at the Cure Brain Cancer Foundation will see the organisation refocusing its...

CHP Australia has announced its support of the Australian Medical Association's call for...

Thank you gifts were delivered to frontline workers and their families at Sydney Children's...

Large transporter protein may be linked to schizophrenia