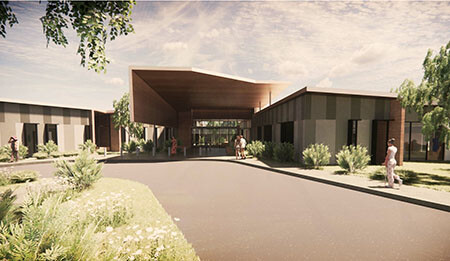 The Queensland Government has appointed Hutchinson Builders as Managing Contractor for the Satellite Hospitals Program. The program will deliver seven new facilities in Brisbane’s north and south, on Bribie Island and in the communities of Caboolture, the Gold Coast, Ipswich and Redland City.

Minister for Public Works and Procurement Mick de Brenni said each of the seven facilities would help meet the increased demand for health services across the state.

The new facilities will operate as mini hospitals, providing services in urban areas and delivering health care to Queenslanders close to where they live and work, said Deputy Premier Steven Miles.

Premier Annastasia Palaszczuk said,the program will also support up to 773 jobs during construction. “With the contractor now announced, the Satellite Hospitals Program team will turn its attention towards detailed design, with Queensland tradies expected to have boots on the ground early in the new year,” she said.

Minister for Health Yvette D'Ath said, “We are investing now to ensure Queenslanders in some of our highest-growth population centres have easy access to health services where and when they need them.”

De Brenni added, “Our satellite hospitals mean locals don’t have to leave their own community for the health care they deserve.”

Hutchinson Builders Managing Director Greg Quinn said his company, which celebrates its 110th birthday next year, has significant experience in health and education projects across the Sunshine State. “We’re already working with local consultants and briefing local subcontractors and local suppliers to ensure we meet the tight timelines and produce a top-quality outcome for Queenslanders,” Quinn said.

“The satellite hospitals project will be led by Hutchies team leader Jamie Washington. He has a great team around him and they are rearing to get on with it.”

The range of services to be delivered from the Queensland Government’s satellite hospitals includes community health, ambulatory and low acuity day therapy services — such as chemotherapy, urgent care for minor injury and illness — as well as outpatient activities.