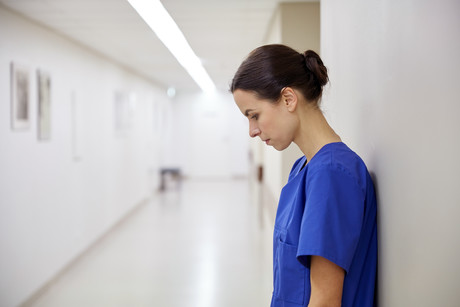 A survey conducted by the NSW Nurses and Midwives’ Association (NSWNMA) reveals that a majority of nurses and midwives in NSW are threatened while carrying out their work. The member survey found that 93% of respondents experienced verbal aggression or threats in the last six months and more than half suffered physical intimidation while at work.

As part of national Safe Work month, the NSWNMA is continuing its campaign to ensure every nurse and midwife is safe at work, but NSWNMA General Secretary Brett Holmes said the ongoing incidences and impacts on nursing staff reveal that more needs to be done.

“Behavioural conditions, caring for patients who are distressed or afraid and unsafe staffing levels were identified by our members as the main risk factors contributing to incidents of work-related violence and aggression, shift after shift,” he said.

“Members have told us repeatedly the current public health reporting systems are inadequate and can be manipulated, or worse, managers instruct them not to report issues, which is a breach of their professional obligations as nurses or midwives.

“Vital changes to transparency around reporting and support from management are urgently needed. Nurses and midwives are highly regarded community members; they deserve better and serious improvements must be introduced — no-one should feel unsafe in the workplace,” Holmes stated.

NSWNMA Blacktown Hospital Branch President Christine Boxsell acknowledged a new incident reporting system was being trialled in Western Sydney but said it was just as time-consuming as the old version.

“We know hospital staff underreport issues, not just at Blacktown, and that’s something we need to change,” Boxsell said.

“We need a system that’s simple to navigate and input data. Many staff often don’t report verbal abuse because they don’t think it’s worth the time, but ongoing verbal abuse from patients or family members of patients can take a toll.

“We also need to address the issue of elderly dementia patients. There needs to be a better model of care so we can look after these patients in the way they deserve. A more holistic approach to care for them would be ideal because we’re letting them down currently,” she said.

Members of Blacktown Hospital branch are gathering outside the emergency department entrance this afternoon to discuss workplace violence and the need for urgent widespread change. They will wear grey armbands to highlight their concerns.

The new facility, accredited by the National Association of Testing Authorities, has the capacity...