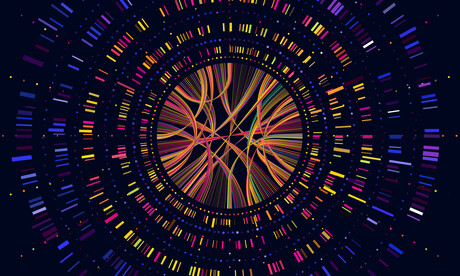 The controversial mitochondrial donation Bill — called Maeve's Law — has passed the Senate by 37 to 17 votes.

The Australian Academy of Science President Professor John Shine welcomed the development saying the legislation allows important research to proceed and is expected to enable impacted families to increase their likelihood of having a child unaffected by mitochondrial DNA disease.

“It does so while providing an appropriate regulatory environment with necessary safeguards,” Professor Shine said.

“There are two important considerations relevant to the implementation of mitochondrial donation.

“Firstly, the administrative and operational arrangements should allow for equity of access for all Australians whose children run the risk of inheriting mitochondrial disease.

“Secondly, the assisted reproductive technology service providers should ensure there is sufficient mitochondrial donation expertise available to ensure the highest quality advice and counselling is available to families seeking access to the technology.”

“This will make Australia only the second country after the UK to develop a robustly regulated approach to offering this new form of assisted reproductive technology to women at high risk for having a child with mitochondrial DNA disease. Mitochondrial diseases impact on at least one child born in Australia each week and lack effective treatments. Affected patients typically suffer severe disease affecting their brain, heart or other organ systems and early death, ranging from infancy to middle age,” Thorburn said.

“The legislation was informed by hundreds of submissions considered by two Senate Inquiries, an NHMRC Expert Committee review and a Department of Health Consultation paper. There were extensive approaches to public engagement including an NHMRC video, public meetings, webinars and a citizen’s panel. The Bill was supported by the Australian Academy of Science, the Australian Academy of Health and Medical Sciences and many leading Australian experts in medical research, bioethics and health policy.

“Maeve’s Law will enable affected families to greatly increase their chance of having a healthy child unaffected by mitochondrial DNA disease. The regulatory environment has safeguards that will ensure it can only be used for the intended purpose and the reforms are consistent with international standards and best practice. This outcome provides hope to many hundreds of Australian families impacted by mitochondrial disease,” Thorburn said.

Professor Jackie Leach Scully, Professor of Bioethics at the University of New South Wales, said this decision is an important step for many reasons. “For those families affected by mitochondrial disease, it offers some hope for a future where they can have children without the fear that they might inherit a devastating condition. More generally, it means a number of laws and regulations that currently control the use of reproductive technology will have to be modified: for example, the law preventing anyone altering the DNA of an embryo that will be used in pregnancy, since this treatment aims to change mitochondrial DNA.”

So this decision doesn’t end the debate about mitochondrial replacement, but will lead to discussions about where and how we limit our manipulation of the genetic makeup of human beings, Scully said. “We also need to consider the role of the women who donate their mitochondria to another woman’s embryo: what kind of relationship exists between the donor and the child? How do we protect donors from being exploited? Could children born by this technology be stigmatised? Important questions like these will need to be discussed on a societal level by all stakeholders.”