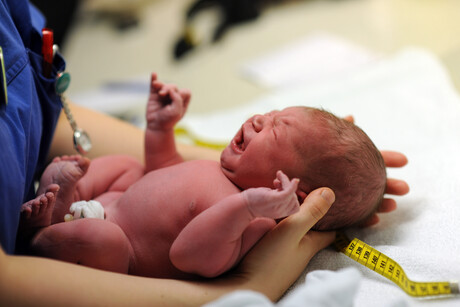 Many babies are being placed at unnecessary risk because their birth by caesarean section is scheduled too early, without a medical reason, according to a major report released today.

The Fourth Australian Atlas of Healthcare Variation — produced by the Australian Commission on Safety and Quality in Health Care in partnership with the Australian Institute of Health and Welfare — reveals that in 2017, about half (between 43% and 56%) of planned caesarean section births were performed before 39 weeks without a medical or obstetric reason, potentially putting newborns at unnecessary risk. This is despite clear evidence that waiting until 39 weeks — unless there is a medical reason not to — is best for the baby. Of particular concern, 13 to 19% of all planned caesarean sections performed before 37 weeks did not have a recorded medical or obstetric reason.

Launched by Minister for Health and Aged Care Greg Hunt, the Fourth Australian Atlas of Healthcare Variation maps healthcare use across the country and identifies potentially unwarranted variation and areas for healthcare improvement.

Best for baby — waiting until 39 weeks

Professor John Newnham AM, Senior Australian of the Year 2020 and Professor in Obstetrics and Gynaecology at The University of Western Australia, spoke at the launch, explaining that births before 39 weeks are considered early.

“While at times early birth is necessary, all too often it occurs without a medical or obstetric reason,” he said. “The evidence is clear that waiting until at least 39 weeks is best for the baby’s development, unless there is a medical reason for an earlier birth.”

Unnecessary early birth can have a range of consequences, from higher risks of respiratory problems at birth to higher risks of behavioural and learning problems in the long term, Professor Newnham explained.

“Every week counts towards the end of pregnancy,” he advised, adding that the risks to the newborn are greater at 37 than 38 weeks, and greater at 38 than 39 weeks.

Factors likely to influence the rates of early planned births include how the birth is funded, the hospital’s location, operating theatre capacity, organisational culture, and policies and guidelines.

To address the issue, the fourth Atlas recommends universal changes to government, hospital and insurer policies to stop booking of planned births before 39 weeks without a medical or obstetric indication.

“It is also important for parents to have accurate information about the risks and benefits of early planned birth, and access to clinicians and facilities at the right time,” he said.

“I encourage parents to ask questions before booking an early caesarean section, to make sure their birth plans are best for both mother and baby.”

In addition to high rates of early planned birth, the fourth Atlas uncovered high rates of potentially preventable hospitalisations among those living in remote and socioeconomically disadvantaged areas, and Aboriginal and Torres Strait Islander peoples.

This was the case for all five conditions examined in the Atlas: chronic obstructive pulmonary disease (COPD); kidney infections and urinary tract infections; cellulitis; heart failure; and diabetes complications.

The Atlas reports that there were more than 330,000 potentially preventable hospitalisations in Australia due to these five conditions in 2017–18.

Conjoint Professor Anne Duggan, the Commission’s Acting Chief Medical Officer and host of the Atlas launch event, said many of these hospitalisations could be prevented by the implementation of evidence-based care plans that ensure earlier intervention, better disease management and better coordination of care.

“There is a significant workforce shortage in rural and remote areas, not only of doctors and nurses, but of allied health professionals,” she said.

“Social determinants of health, such as nutrition and housing, also play a role in hospitalisations for some of these conditions, and it’s incredibly important for people to have a GP at the centre of their care.”

Commission Board Chair Professor Villis Marshall AC and Australian Government Department of Health Chief Medical Officer Professor Paul Kelly also spoke at the launch, discussing the Atlas findings and recommendations and how they can be used to improve healthcare equity in Australia.