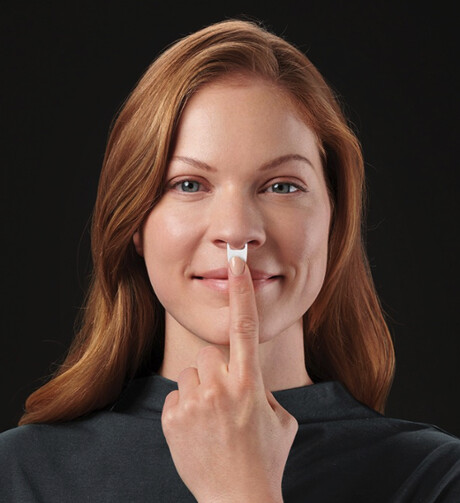 Listed on the Australian Register of Therapeutic Goods (ARTG) and available on the Australian market, Rhinoswab was developed by modifying Rhinomed’s existing nasal technology platform, which initially supported products in the global sleep, respiration and nasal congestion markets.

The Rhinoswab is reported to be less invasive and more comfortable than standard nasal swabs and is unique in its ability to collect samples from both nostrils simultaneously. The design of the swab means that a larger sample can be collected and eluted for testing more efficiently than existing standard-of-care nasal swabs.

The device has been validated in the lab to work with both RT-PCR and point-of-care antigen tests.

Most existing nasal swabs require a healthcare worker to collect the sample, which places the healthcare worker at risk of infection. The use of healthcare workers and the requisite personal protection equipment (PPE) also comes with significant cost. The Rhinoswab is designed for self-collection in the home, in the workplace or in a clinical setting under supervision and is expected to address the problems with current nasal swabs, which are invasive and uncomfortable. The swab has been designed to be comfortable and easy to use, to open up the potential for mass, population-wide sample self-collection. With production underway in Melbourne, the company is seeking to scale up in order to meet demand.

Following successful registration of the Rhinoswab with the US FDA and its inclusion on the ARTG in Australia, the device has been issued a CE certificate, which allows the Rhinoswab to be sold in the European market.