Why don't we know how many people die in our hospitals? 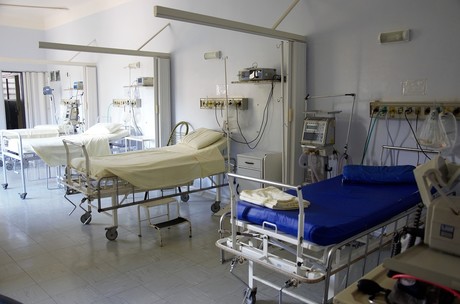 About this time last year, Australia’s National Health Performance Authority (NHPA) decided not to release data on death rates across Australia’s hospitals. This is the type of scandal we should be concerned about, rather than spending too much time on the travel expenses of our pollies.

Information on hospital deaths hasn’t always been so hard to find. Back in the 1860s when Melbourne had only one hospital, it published regular statistics on the number of patients dying from a wide range of diseases.

At the time, one of its surgeons, J. W. MacKenna, was able to use these statistics to compare mortality rates in Melbourne with information from England and Ireland, arguing death rates were higher here. This in turn supported his case for changes within the hospital.

It would surprise many that, more than 150 years on, it would be impossible to repeat this task. While some states such as NSW have dabbled with producing hospital death statistics, no state or the federal government routinely publishes this information for its hospitals.

Why is this data important?

Comparisons of death rates across hospitals can be tricky, as you need to adjust for some hospitals treating sicker patients than others. However, other countries have been producing death statistics that make these adjustments for some time.

For example, in England and the United States you simply type your postcode into a government website to obtain adjusted death rates for a range of local hospitals.

Researchers in these countries also have much greater access to hospital and individual death data. This facilitates an understanding of why variation in death rates can occur, and thereby provides insight into ways to make health systems better.

Publishing such performance data not only gives patients more information, it can help improve quality and safety - routine analysis of death rates can give a signal something might be wrong.

A re-analysis of deaths in the intensive care unit of Bundaberg Base Hospital in Queensland has shown it may have been possible to detect the poor performance of one of its surgeons, Dr Jayant Patel.

Reporting death data should not be seen as an end in itself, but a starting point for processes to review hospitals with unusually high rates of death in order to improve our health care system.

While there has been some debate overseas about the way comparisons are made between hospitals, few doubt the principle of publishing mortality information.

Why is Australia so far behind?

NHPA’s explanation, contained in its progress report released last February, indicates it was unable to publish death statistics for Australian hospitals. It cited the age old problem that - like rail gauges in the 19th century - each Australian state is different.

Hospitals across Australia code things differently, so it will require many more years of work by a variety of government committees before it will be possible to make the statistics reliable and comparable enough for public release.

NHPA took the view that no information is better than imperfect information.

The opinions of NHPA are now largely of historic interest, as one of the recent budget saving measures that received bi-partisan support was its abolition, with its responsibilities to move to the Australian Institute of Health and Welfare. The prospect of publishing Australian statistics of death rates for hospitals comparable to those in US or the UK is now even less clear.

Unfortunately, the publication of hospital level death statistics are not the only area where Australia is lacking. Other countries such as Canada use big data techniques to combine information on use of medications with other data such as hospital admissions and death. This helps detect patterns and associations such as adverse side-effects.

A similar system of what is known as pharmacovigilance that is operating in Canada has long been proposed for Australia.

The Commonwealth government sits on a huge, largely untapped, data resource - the Pharmaceutical Benefits Scheme. This contains a wealth of information on the medications used by most Australians.

Unfortunately no one yet has been able to overcome the federal/state divide in order to combine Pharmaceutical Benefits Scheme data held in Canberra with hospital and mortality data from each state. Making this type of data available would facilitate research to improve the quality and safety, as well as the efficiency of our health system. Better health data and statistics should be a priority of politicians across Australia.