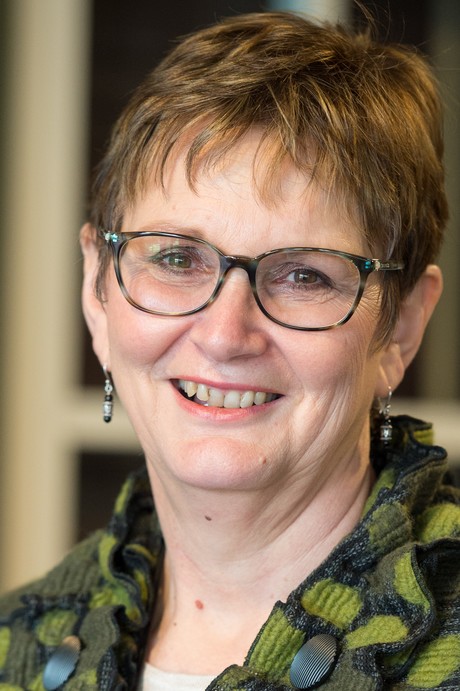 Recently recognised with an Order of Australia for her leadership roles in medical administration at a state and national level, and to the discipline of psychiatry, Dr Peggy Brown is CEO of the National Mental Health Commission. She shares with AHHB her journey to success and the lessons she’s learned during her 30-year career as a woman in healthcare leadership.

Lesson 1: Open yourself to new opportunities

When studying to be a psychiatrist, it never occurred to Dr Brown that she might one day end up leading government health departments or, for that matter, as the CEO of a national organisation. “It wasn’t my intention ... in fact, probably not my desire either,” she laughed. “I thought I would be a psychiatrist or clinician for the rest of my days.

“But then there is a fork in the road, and you go in a slightly different direction. Many of my twists and turns in the road have been due to circumstance and opportunity, and not because of a mapped out career plan.”

As those circumstances and opportunities arose, Dr Brown thought they sounded interesting and was willing to try something new. With encouragement from a mentor, she ultimately went from clinical work to running entire mental health government departments. The ability to help an even greater number of people was appealing.

“As a psychiatrist, you’re working with people one on one and have the satisfaction of feeling someone is being helped. But you’re making a difference for one person at a time,” she explained. In her current role as CEO of the National Mental Health Commission, she has a much broader impact, helping to improve mental health policies and service delivery for the entire country.

Lesson 2: Be confident about what you ‘bring to the table’

Sitting on a number of boards and committees, Dr Brown has never experienced a glass ceiling or negativity because she is female. She has found the boards in the health industry to be egalitarian. “It’s about what you bring to it, not whether you’re a man or woman,” she said.

But she also believes that women need to be more confident about the contribution they can make. “Your experience may be different to others’, but that’s what is important. If everyone had the same experience and the same opinion, you wouldn’t need everyone, you’d need one person. Diversity of experience and opinions is what helps to move things forward.”

It takes time to build, but Dr Brown encourages female leaders to develop self-belief and a level of self-confidence in themselves and what they offer in their role. “You get the gigs because you’re capable. You’ve got to believe you can do it,” she said. 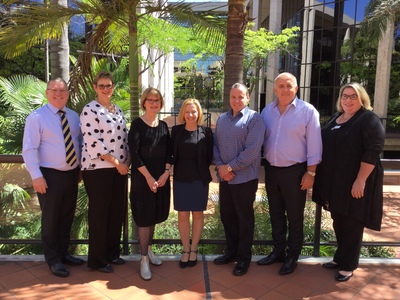 Lesson 3: Be true to yourself and your values

Being prepared to stand up for what she believes in has held Dr Brown in good stead during a career that has often been fraught with politics and media scrutiny. Over the years, she encountered situations that she believed were not being handled appropriately. She had to choose whether to ‘not make waves’ or to be true to her values and take a stance.

One of her earliest experiences of this was as a young trainee psychiatrist. Concerned that a particular training rotation was inappropriate and that trainees should not be put in that position, she approached the head of that training segment and expressed her concerns. “He told me that if I complained, I might find myself off the training program.”

Dr Brown was challenged to consider whether she should keep quiet and protect her training position, or speak up and protect others from having the same experience. She spoke up. “It was the right thing to do,” she said. And the result was positive.

“I did speak up, they did address it, they didn’t throw me off the training program, and in the end it wasn’t that big a deal,” she said. “I also know that there have been vast improvements in training programs since that time, over 30 years ago.

“But if something isn’t right, I can’t turn a blind eye or say it’s not my concern, otherwise others will have the same experience, and things will never change.”

Lesson 4: Build a trusted support group with whom you can consult

Throughout her career, Dr Brown has benefited from having mentors and peers with whom she can discuss work challenges, and says this has in part stemmed from her profession as a psychiatrist, where supervision is required and clinicians are used to discussing issues. She recommends that people build up a support group through learning sets or other opportunities and meet with them regularly so that if a problem arises, a ready-made, trusted support network is available.

Currently Dr Brown has three peer groups: a chief psychiatrists group, an administrative psychiatrists group and a clinician group. “I come away from those meetings feeling supported and validated,” she said. “Everyone has challenges. And to be able to step back from it and talk about it is very beneficial.” 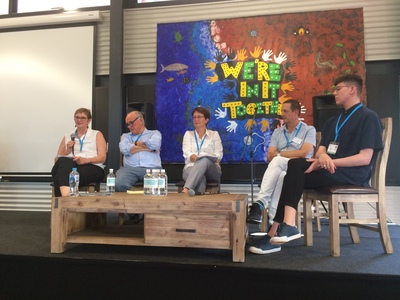 Lesson 5: Look after your wellbeing

As a psychiatrist, Dr Brown has witnessed the downsides of stress and anxiety, and understands how important it is for people to look after themselves and their family. That said, she acknowledges she hasn’t always found it easy to achieve work-life balance. “Do as I say, not as I do,” she quipped.

After six years at Queensland Health oversighting the state’s mental health services, Dr Brown was stressed, tired and in need of a break. So she and her family headed to the UK where she took up a clinical role, providing her with a change of pace and the opportunity to refresh. Eighteen months later they returned to Australia, where a reinvigorated Dr Brown became director of clinical services/chief psychiatrist for Mental Health ACT.

“If you’re someone who takes things on, you’ll be asked to do more. You have to learn to say no, and to draw a line. You’re more productive if you take time out for yourself,” she said.

When asked what the ingredients for good leadership are, Dr Brown mentions several: trust, respect, integrity, credibility, self-reflection. But what binds them together are listening skills.

“Good leaders treat people fairly and decently,” she said. “They can’t just pronounce from on high, they need to listen … not just give directions.

“They also need to be prepared to receive feedback, and to seek out other people’s opinions.”

Dr Brown says that it is important that leaders can relate to people, understand issues from their perspective and take the time to explain why a decision has been made. “By and large, when dealing with staff, workers, patients, communities, they are reasonably happy to give you their trust if they understand why you’ve made a decision and how you might review it over time. They want to see there is a process there, how it relates to them and how they can influence it,” Dr Brown explained.

Lesson 7: Believe in yourself

When it comes to women in leadership, Dr Brown speaks of ‘imposter syndrome’ and says it is not unusual for women to wonder “when are they going to realise that I’m a fraud and that I don’t really know what I’m doing?”

She recalls the story of how she became director-general, ACT Health. The incumbent was moving onto a national position and Dr Brown was asked to act in the role while a recruitment process was undertaken. She was happy to do that but declined to apply for the job.

“I wasn’t sure I wanted it, partly due to family reasons, and partly due to the breadth of the role,” she said, explaining that the position covered not just mental health, but all health policy, funding, legislation and service delivery.

The first round of recruiting did not result in an appointment, and a second recruitment round commenced. By then Dr Brown had been in the acting role for six months, and realised she was able to do it.

“I got a sense of ‘you can do more than you think you’re capable of, and shouldn’t sell yourself short’,” she said. Promoted to director-general, Dr Brown was responsible for 7000 staff and a $1.4 billion budget, and supported the Minister for Health and the ACT Government for five years.

“Don’t sell yourself short,” she emphasised. “Believe in yourself.”

Dr Brown is a guest speaker at the Women in Healthcare Leadership Summit in Sydney, 17–20 April, http://events.liquidlearninggroup.com/.