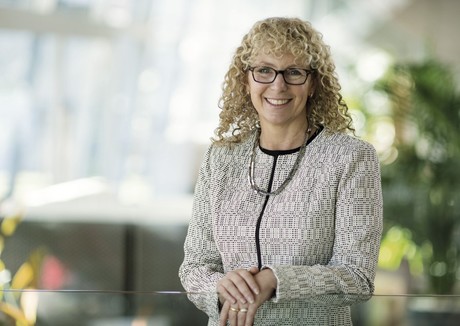 Fresh from having been awarded The CEO Magazine’s 2018 Executive of the Year for the Health & Pharmaceutical category, Dr Lesley Braun, Group Director of Blackmores Institute, talks to AHHB about juggling multiple careers in parallel, and her lessons learned.

Dr Lesley Braun was working in Monash University’s Faculty of Medicine and Surgery when she encountered the then CEO of Blackmores, Christine Holgate.

She was meeting with Braun and a surgery professor about research they were undertaking into complementary medicine and cardiac patients. Holgate was impressed with Braun, recognising her unusual background and wanting to leverage it for Blackmores Limited, known for its vitamins, minerals, herbs and nutrients.

“It was an uncanny moment,” Braun said. “She leaned over at the end of the meeting and said: ‘One day I’m going to find a way to work with you, but I don’t know what that’s going to look like.’”

It was two more years before she would find out.

Now when you walk into a pharmacy, it’s a given that there will be entire walls of vitamins, supplements and naturopathic options. But when Braun’s father was running his community pharmacy in St Kilda, Victoria, he was a trailblazer. Wanting to broaden his customer service offering, he undertook a naturopathy course and began offering customers advice in exchange for feedback on his treatments.

Braun was a pharmacy student herself, and was inspired by the success stories her father told at the family dining table. “He’d come home and tell us some incredible stories,” Braun said. “I thought it sounded very interesting, and very complementary to pharmacy.”

In her internship year, Braun began studying naturopathy. Like father, like daughter, within a few years she too was popular with customers for her naturopathy advice. Her ability to bridge the gap between pharmacy and complementary medicine caught the eye of supplement manufacturer Bullivants, who invited her to work for them.

Soon, Braun was juggling a young family and two part-time jobs, at the pharmacy and with Bullivants, establishing training courses for pharmacists about nutrition and how to use herbal medicine — but with a biomedical approach. The courses were popular, helped by Braun’s ability to straddle the language used by pharmacists, naturopaths and biomedical people. “I essentially became ‘bilingual’,” she said.

Now, add author into the mix

Always proactive, when Braun noticed that there were no articles on complementary medicine in the pharmacy journals that she read, she contacted the editor to ask why. “They said they didn’t have anyone who could write about it for them and asked if I’d like to give it a go,” she said.

Braun estimates that she rewrote her first article at least 16 times. “At school, English was my best subject and I loved writing, but I was very nervous — I wasn’t a professional writer by any means,” she recalls. But the hard work paid off as they offered her a regular bimonthly column — which she continued writing for the next 20 years, first for the Australian Pharmaceutical Society’s Australian Pharmacist journal, then later the Australian Journal of Pharmacy.

It was a tangent to her career that she hadn’t expected, but it opened the door to other unexpected opportunities which she grabbed with both hands and ran with. First, she was offered a PhD scholarship, then she was approached by health and science publisher Elsevier to write a textbook on complementary medicine. In between that she welcomed her third daughter into the family.

“Most of my career I’ve been running two or three careers in parallel,” Braun said with a laugh. “I like variety.” 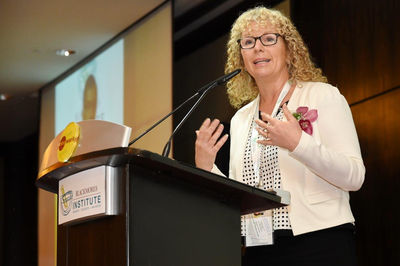 Braun presenting at a conference in Asia. Image credit: ©Blackmores

Braun’s PhD explored the interface of complementary medicines in Victorian public hospitals, and led to her next parallel career — juggling roles in academia. She worked part-time with the Monash University’s Faculty of Medicine and Surgery undertaking clinical research with complementary medicine and cardiac surgery patients, and part-time at the Alfred Hospital as a research pharmacist, while continuing writing her column and books and sitting on various committees.

It was this breadth of experience and complementary backgrounds that Blackmores CEO Christine Holgate recognised when they’d met to discuss her research.

And is why, two years later, that she rang Braun with an offer; she’d finally figured out what working with Braun would look like.

“She rang and said: ‘How would you feel if you moved into the corporate world and headed up the Blackmores Institute?’”

Braun said no. “I really liked what I was doing; it was interesting and I was working with lots of smart people who were improving the world.”

But Holgate was persuasive. “She said: ‘You won’t have to fight for grants any more, you’ll have the confidence of a budget every year. And you’ll have access to many more countries and set up research that will help even more people.”

When put like that, Braun realised it was a very good opportunity. But she was worried about transitioning into a very different culture. “Then I thought, ‘You know what? I’ve been doing what I’m doing for a very long time. I’m going to take the leap.” She hasn’t looked back. 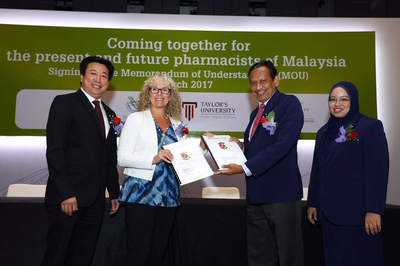 Braun at a memorandum of understanding ceremony between Blackmores Institute and Taylors University in Malaysia. Image credit: ©Blackmores

As the Blackmores Institute Group Director, Braun now oversees research projects across Australasia, and her team has built an online university with award-winning evidence-based courses for pharmacists and pharmacy assistants.

Joining the business world, Braun had to learn yet another language — corporate speak. “I’d be trying to explain a research project to a finance person in order to get budget and they’d be looking at me blankly,” she said. Braun quickly adapted to suit the environment, simplifying her terminology to suit her audience — a skill that has been useful when presenting research concepts to audiences across Asia.

Braun has drawn on her years of parallel careers to identify corresponding skills that people from academia or health care bring to a management role. She says they are:

By the same token, Braun acknowledges that academics can be perfectionists and detail oriented, which can slow them down.

“Sometimes you don’t need to have every answer and to know how it will work, every step of the way. You have to get out and try it,” she said. “And it does still work.”

Just like her career. Braun’s willingness to ‘get out and try’ has led to career opportunities she never envisaged while listening to her father’s stories at the family dining table, all those years ago. 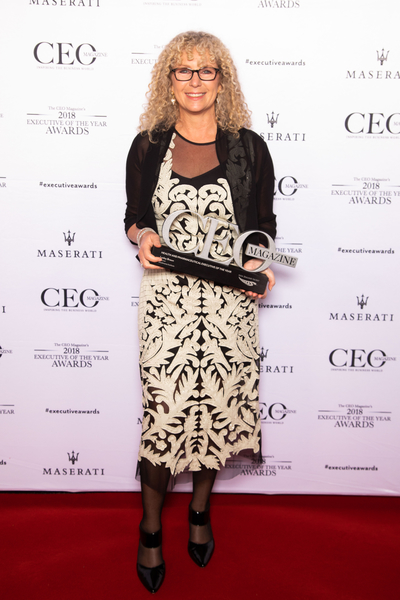