Life is too short to not love what you do 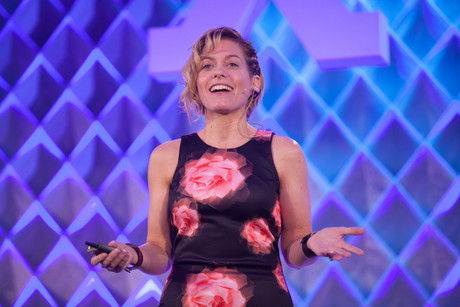 It was the people who believed in HISA CEO Dr Louise Schaper who gave her the confidence to believe in herself. Now an accomplished leader, she reflects on her journey and shares her lessons learned.

Around the same time as the ‘#Metoo’ movement began in the US, Dr Louise Schaper was being introduced as a panellist at a technology conference in Australia. Unsurprisingly, she was the only female on the panel.

Dr Schaper waited patiently as, one by one, her male counterparts were introduced and their long biographies read out. When it came to her turn, instead of reading her bio, the MC instead chose to comment on her dress.

“Isn’t Louise looking lovely today everyone?” he asked the audience, her PhD and position as CEO of the Health Informatics Society of Australia (HISA) seemingly forgotten.

While this wasn’t her first such experience since becoming CEO of HISA nine years ago, Dr Schaper said she rarely faces overt sexism. 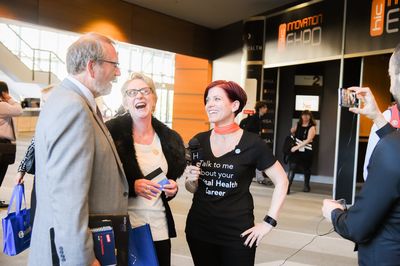 Dr Schaper is an expert in health informatics, and is passionate about transforming the health sector, leveraging technology to provide sustainable and better health for all.

Her interest in health informatics began when studying to become an occupational therapist (OT); in fact, it was her then chosen profession’s antipathy towards the use of technology that inspired her to learn more. Wanting to transform occupational therapy, Dr Schaper saw her opportunity after being awarded a scholarship to undertake a PhD on technology acceptance by allied health professionals.

“I was really excited. I approached the new professor heading the school, believing she would see the same opportunities as me to make a difference. But I left the professor’s office in tears.

“She had no interest in computers herself and said she would refuse to support my PhD unless I changed the topic,” Dr Schaper said. She turned instead to a professor in the School of Business, who approved of her ideas and immediately agreed to oversee her PhD.

As her studies progressed, she was vindicated by an outpouring of support from OT professionals keen to see technology incorporated into their profession, with over a third of Australia’s 6000 OTs responding to her research survey on the topic. “I’d hoped for 250 responses, but got over 2000 — and it was a long, onerous paper-based survey,” she said, still hardly believing the overwhelming response and support for change. 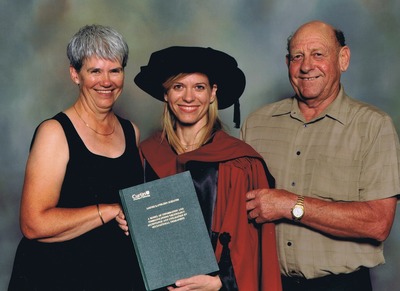 Dr Schaper at her PhD graduation, with proud parents Curly and Kathy Schaper.

While completing her PhD, Dr Schaper discovered HISA and in the process found her tribe. “I was excited that others were interested in the same thing,” she recalled, and began volunteering with HISA and helped found the WA branch of the national body.

Soon after handing in her thesis, the CEO of HISA resigned and proposed that she apply for his position. “I thought he was just being kind,” she said. “But then two others called me and suggested that I apply.

“I remember hanging up from one such call and turning to my partner, Ryan, who was chopping vegetables for dinner, and asking him if I should apply. Without even turning around he said: ‘Of course you should’.

“It was a lesson to believe in yourself as much as others do.”

Shortly after, they moved from Perth to Melbourne, so Dr Schaper could take up the role.

“I’ve always been focused on my career, and it’s been possible through my very supportive partner. I can’t thank him enough,” Dr Schaper said. 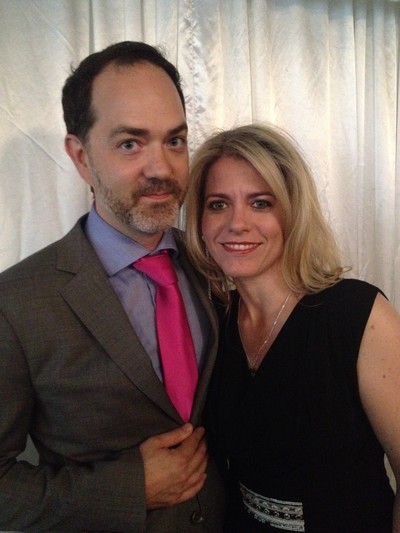 Dr Schaper with partner Ryan. His support has been invaluable.

Soon, Dr Schaper will mark 10 years as CEO of HISA and is proud of what she and her team have achieved to date. Since 2009, the not-for-profit has experienced 200% revenue growth and its stakeholder base has increased 300%.

But when she became CEO of HISA, Dr Schaper was new to leadership and quickly realised she needed a mentor. She identified a selection of people she could turn to for words of wisdom, depending on the issue at the time, and believes mentoring is essential to improving outcomes. She identifies three key benefits of mentoring:

Today, Dr Schaper gives back by mentoring others and encourages others to do likewise. 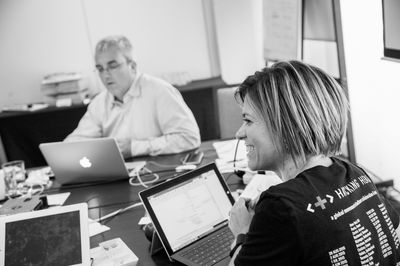 Dr Schaper at a HISA Board strategic planning day, with Board Chair Dr David Hansen.

Enjoy the life you have

In addition to being CEO of HISA, Dr Schaper juggles multiple balls as a board director, honorary research fellow and lecturer for the University of Melbourne, has responsibilities with several panels and groups and is a popular public speaker.

When asked if she has a magic formula for work-life balance, her response is immediate: “I only do things I absolutely enjoy,” she said. “No matter what I’m doing, whether it’s domestic, social or professional, I absolutely enjoy it. If I’m not enjoying something, I respectfully bow out,” she said.

This is a lesson she learned from her parents’ experience, both of whom left school at 15 and toiled through manual labour jobs to support her and her two sisters. “My father was a shearer. My whole life I saw this great man come home from working in 45-degree heat, completely exhausted. He gave so much for us and he didn’t enjoy his work. It broke him, leaving him with terrible back pain,” she said. “Life’s too short to do things that don’t give us joy and meaning.” 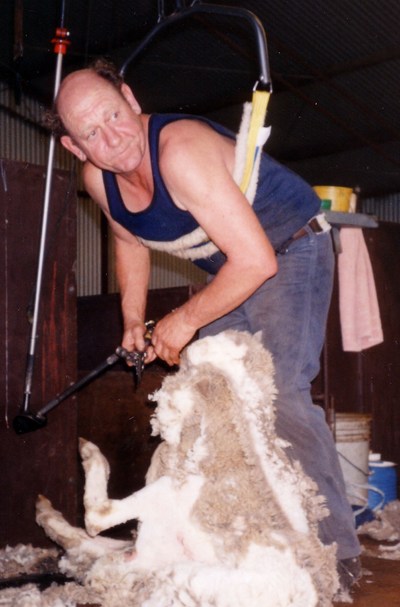 Dr Schaper has great respect for her father Curly, whose hard work as a sheep shearer made her realise that life was too short not to enjoy what you do.

Looking to the future

While Dr Schaper looks forward to no longer being one of the few women in the room at health informatics and technology events, she is optimistic about the future. “The day after that conference, one of the male panellists rang me and apologised ‘on behalf of all men’,” she said. Change is coming, and no doubt Dr Schaper will be leading the way.

Dr Louise Schaper is a guest speaker at the 3rd Women in Healthcare Leadership Summit, being held 30 April to 3 May at the Intercontinental Hotel, Sydney. For more information, visit: https://bit.ly/2OEfTek.