Dare to be yourself 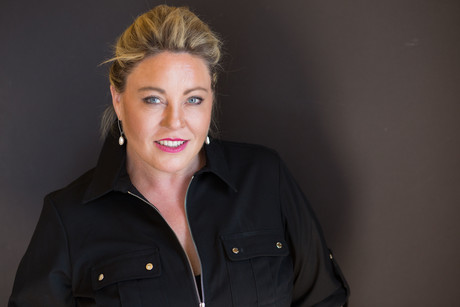 As a young mother and sole breadwinner, Australian College of Nursing CEO Kylie Ward was motivated by both need and ambition to pursue a career in nursing management. Now she’s in a position to give back to the profession she respects so much.

Adjunct Professor and Australian College of Nursing CEO Kylie Ward is often asked where she gets the energy to do what she does. Her advice is simple: Do what you love, and try not to care what people think. “Dare to be yourself,” she said.

Despite her passion for the profession, nursing was not Kylie Ward’s first choice of career. Growing up in Emu Plains on Sydney’s outskirts, she aspired to be a fashion designer. Her parents, recognising her nurturing nature and academic smarts, gently steered her towards nursing. “Nursing found me,” she said. And she didn’t look back.

Graduating from the Western Sydney University in 1991, Australia’s economy was in recession and nursing jobs were as rare as hen’s teeth. Ward was one of a handful to be offered a graduate job at Westmead Hospital — a privilege she didn’t take for granted. “I was hungry to keep learning, to do courses,” she said. “I’d come in on my time off to learn.”

The young graduate was soon buzzing with ideas for how to improve the way she and her colleagues worked. She recalls sharing her thoughts with her unimpressed nursing manager. “If you think you know so much, go do an introduction to management course,” she said. Ward did, along with an acute care certificate.

A natural leader, Ward worked well with responsibility and within a year of completing her degree, she was running shifts as a team leader in the trauma ward. Looking back, she muses that it was lucky nothing went wrong. “Now I’d say: ‘Buddy potential leaders and shadow them’.”

By age 25, Ward had two young sons and was the sole breadwinner for her family, her then husband having injured himself and unable to work.

On maternity leave with only nine weeks’ pay, a mortgage and a family to feed, Ward’s second son was just seven days old when she interviewed for a role at an aged-care facility. “I remember thinking: ‘Hurry up, my milk is coming through’.” She got the job, and someone would bring her son in for breastfeeding during her breaks. “You do what you have to do,” she said.

Ward loved working with the elderly. Ambitious, but also needing to earn more to support her family, she chose to pursue management in aged care, knowing her career would progress faster than in intensive care, where promotion into management roles could take years. Motivated and hard-working, Ward was acting manager for the facility’s dementia unit within a year. 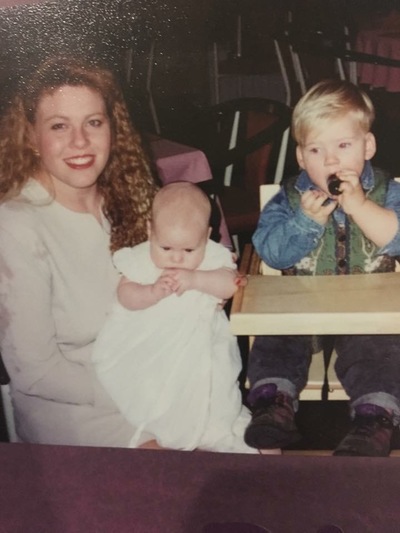 Ward with her young sons.

“Nursing in management is more complex than most people realise,” Ward explained.

“You can be managing 20 to 40 people and a budget of up to several million dollars, along with rostering, clinical outcomes, managing patients and their families… Hospital executives underestimate how busy a nursing unit manager is — they need to be very accomplished.”

Ward thrived in the challenging environment, always looking at ways to free up nurses from paperwork so they could spend more time interacting with patients.

She didn’t have a formal mentor to guide her, but sought out people she trusted and respected when she needed a sounding board. Ward also learnt from observing people. “I was shaped as much by what I did not appreciate [in managers] as I was by what I admired,” she said.

At 27, Ward commenced a Masters in Management, believing that education — combined with experience — provided credibility. By the time she’d finished her Masters, Ward was a single mother with a mortgage and a dream of starting her own business.

Eventually, Ward turned her love of people management into a business — as a leadership consultant specialising in transformational leadership, providing coaching to executives, CEOs and boards.

“Nothing in a nurse’s training suggests that nurses should be entrepreneurial or have their own business,” she said. “You have to have faith in yourself.”

Ward took on every job that came her way in the first couple of years, unsure when the work would dry up. Later, more confident in herself and her business, she could afford to be more selective about who she worked with. “I had to let some clients go if their values didn’t align with mine. Especially if they didn’t treat people well,” she explained. 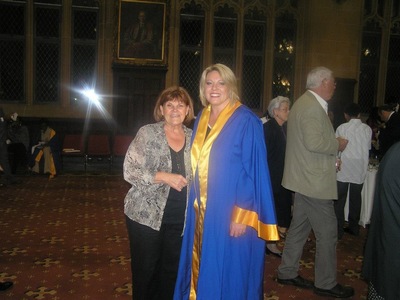 Ward being invested as a Fellow of the ACN, with her mother, retired nurse Cheryl Bourke.

What it takes to lead

Having worked in nursing management roles, and later in executive roles, Ward has a clear view of what it takes to be a leader in health care.

“Leadership is all about knowing yourself and committing to self-development, about being brave enough to speak up — to advocate for your patients, to allow your staff to develop and grow, and having the ability to influence others, including patients,” she said. “When you manage people, you need to respect what they bring to the table, find their potential and strengths, and help everyone to feel like they’re making a contribution.”

Ward believes nurses make particularly good leaders. “Nurses bring emotional intelligence to the job, which is important to leadership roles,” she said. “They’re compassionate, kind and thoughtful, along with resilient, intelligent and courageous.” Ward at a rural and remote nursing meeting in the Northern Territory.

To this day, Ward has remained a registered nurse, passionate about the profession and what nurses have to offer. So when she received a call almost three years ago, asking her to consider the position of CEO of the Australian College of Nursing, Ward took it seriously. “For me to give up my business, it had to be for something that would fill my heart,” she said.

In her role as CEO she wants to make a difference to the 350,000 nurses in Australia.

“As a female-dominated profession, nurses don’t get recognised for their contribution like doctors and other professions,” she explained. “Nursing is the most trusted profession in the community, but not at a government level. We need to invest in nursing leadership.”

She would like to see nurses influencing policy and healthcare reform. “The decisions are already made by the time we get to the table.

“For nursing to survive the future, we have to learn to be influential and to command a seat, rather than demand a seat.” 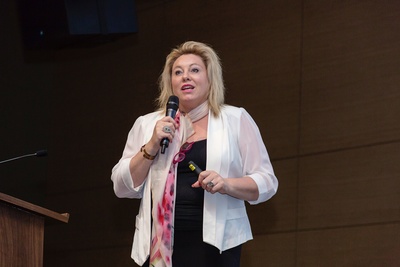 Kylie Ward is a guest speaker at the forthcoming 2nd Women in Healthcare Leadership Summit in Melbourne, 15–18 October.

What technologies can help achieve best practice in hospital kitchens?

It's time to move away from handwritten, paper-based logs and embrace digital technology,...

Security personnel are playing a bigger role in hospitals. Here are the top three considerations...