A woman of stature 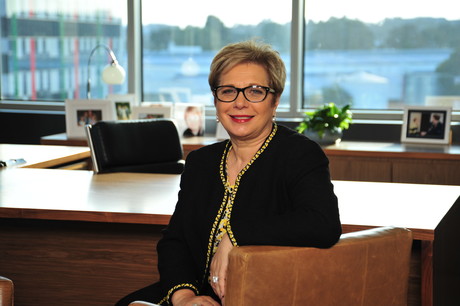 When Maria Palazzolo started at not-for-profit organisation GS1 Australia, she never expected it to become a life-long passion — or career. Nor did she expect, as their CEO, to find she is often the only woman in the room. AHHB talks to her about her career, her advice for women seeking leadership roles and her proudest moments.

After five years as a stay-at-home mum caring for her young sons, Maria Palazzolo found a part-time job that fitted in with her family commitments. But she was dubious about the role. “There was a part-time CEO, another part-timer and me in an office so small that we had to move the desk to let the postman in. I had a makeshift desk made of cardboard,” Palazzolo recalled. She couldn’t understand what the business was about. “The CEO kept talking about these things called symbols.”

It was 1983 and the world was on the cusp of the digital revolution. Barcodes and scanners were being introduced into shops and people were suspicious of them, convinced that the red beam from the scanner was a health hazard for operators and that barcodes hoodwinked customers because products no longer had price stickers on them.

Now, barcodes are used to protect patients, manage procurement and track pharmaceuticals, but then: “The word ‘barcode’ could not be used due to the perception that they represented a conspiracy,” Palazzolo said. “It was technology nobody understood. I’d never seen a barcode before, it was something totally foreign to me.”

She found the first two weeks on the job very difficult and swore each day that she’d walk out at lunchtime and never return. But as her knowledge grew, her passion grew, and as GS1 Australia grew, Palazzolo’s career grew with it. Some 34 years later, Palazzolo has been CEO of GS1 Australia for 16 years, and the organisation now has over 150 staff, offices in Sydney and Melbourne, and a membership in excess of 17,500 Australian companies. Its impact on the healthcare industry in Australia over the past decade has been significant (see ‘Protecting Lives’, below). 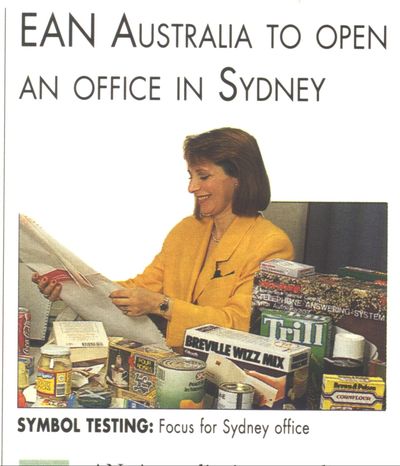 Maria soon after she started at GS1 Australia.

Palazzolo is the daughter of Italian immigrants. Her parents expected her to marry and have children. Having an education, going to university or having a career was not encouraged. Over time, as she worked her way through various roles in GS1 Australia, it wasn’t career aspirations that motivated her, but a deepening understanding of how the organisation could not only benefit Australian companies but, more importantly, benefit people’s lives.

A hard worker, Palazzolo strove to do her best in every position she took on, and opportunities to progress arose as a result. As second in charge for many years and acting CEO for 18 months, she was often told that she would be the natural successor for the CEO role. However, when the role did become vacant she was told that “she did not have the right stature” for the top job. On seeking an explanation, it became clear that the issue was that she was a woman.

Palazzolo didn’t fight the decision. She told herself she wasn’t there for the title; she was there because she loved what she did, and so was prepared to let the CEO role go to someone else.

Fortunately, the all-male board at the time had a different opinion and appointed Palazzolo as the new CEO. They knew her, understood her capabilities and trusted her. “I will be forever grateful for their support and belief in me,” she said.

Looking back, Palazzolo regrets that she didn’t stand up for herself more and fight for fairness and equality. “But of course, those were very different times. I feel this is a lesson for other women. It’s okay to be ambitious and to drive for the top job.”

Asked what advice she would have given herself back then, Palazzolo didn’t hesitate: 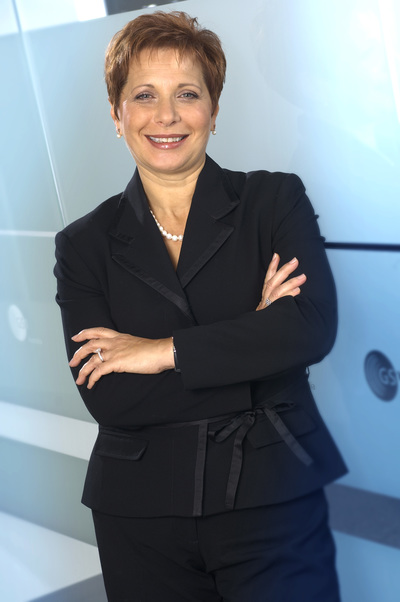 Palazzolo around the time she became CEO.

Since becoming CEO in 2002, Palazzolo has seen more women in senior roles in organisations, especially in the healthcare industry, but still not enough. However, at meetings she is often the only woman in the room, both globally and locally. While Palazzolo firmly believes the best person for a job should get the job, regardless of whether they’re a man or woman, she sees it as her role to ensure women are given equal opportunity to be appointed to a position.

Today there are many women in management roles at GS1 Australia, but it still disappoints her when women turn down roles due to family commitments. “Family is the priority. I understand how hard it is, and it’s important to have a supportive partner. I just want to encourage women to try a role first before turning it down,” she said.

Palazzolo used to feel very guilty about leaving her two young sons and going to work, which is why, today, she says her proudest personal achievement is that she is the mother of two amazing adult sons who are now wonderful fathers to their own children and who both have very strong work ethics.

She is also very proud of having achieved career success in spite of her background. “I don’t have a degree, I come from a migrant family and English was not my first language. So like all good Italian girls of that era, I was expected to be a good daughter, marry and have children.

So I guess the fact that I did that, but also was able to build a successful career in a very male-orientated world, can be considered an achievement,” she said.

But when it comes to GS1 Australia’s success, she gives full credit to her team. “It’s all because of them,” she insists. “They love what they do; they feel that they are constantly making a difference. It’s a humbling experience watching their passion and commitment. It’s important that we have a culture and environment where people are appreciated and can feel happy and be successful.”

Which is typical of Palazzolo. Humble, hard-working and, contrary to what she was told all those years ago, a true woman of stature.

People still look at Maria Palazzolo blankly when she says she works for GS1 Australia. Then she says “barcodes” and the lights come on. Most people associate barcodes with retail, but over the past 12 years they have become integral to the healthcare industry.

Palazzolo instigated GS1 Australia’s work in health care, absolutely certain that barcodes could help save lives. Today, barcodes are used in Australia to track pharmaceuticals and expiry dates, prevent counterfeit medication, provide visibility on who and where a patient is and protect them against incorrect medications, dosages and even incorrect procedures.

“If I can do something that goes towards saving one single life, it’s more than worth it,” she said. “Imagine if the whole healthcare industry used GS1 standards for tracing, tracking, administering and authenticating… How many lives could we help save?”

Organisations use GS1 standards to improve the efficiency, safety and visibility of supply chains across physical and digital channels in 25 sectors. GS1 now has member organisations in 112 countries, with 1.5 million user companies and 6 billion transactions every day.