When it comes to hospitals, size matters 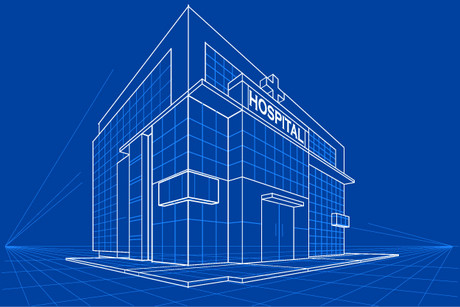 Smaller hospitals have a higher risk of operational inefficiency, a study has found.

When deciding on a hospital’s optimal size, managers need to consider the clinical functions it will offer, and whether ‘surge’ capacity was required, according to researchers from The University of Queensland, Flinders University and Sunshine Coast Hospital and Health Service.

Flinders University senior lecturer Dr Shaowen Qin said simulation model findings suggested that smaller hospitals had a higher probability of being overcrowded, which could result in an inability to service newly arrived patients and/or provide an adequate level of treatment. The research suggested that large hospitals had better ability to absorb spikes in arrivals.

“This may mean the provision of additional surge capacity may be required when commissioning smaller facilities,” she said.

The researchers mathematically modelled alternative scenarios including changing the mix of ambulance and walk-in arrivals, and the proportions of patients needing different forms of treatment.

“Essentially we were exploring a facility planning problem: given a set of conditions, what could be done to help in planning operational services while avoiding excess capacity, the cost of which would need to be met by taxpayers.”

UQ School of Mathematics and Physics’ Professor Jerzy Filar said the study aimed to help healthcare planners by testing how hospital efficiency relates to size, as hospitals operate under different conditions. It used known data, statistical analyses and simulations of various scenarios to generate outcomes in a virtual hospital.

“Due to their complex organisational structures, it would be unrealistic, costly and risky for hospitals to conduct field experiments to test the effects of any major organisational change.

“Mathematical modelling and computer simulations offer an effective and risk-free approach to assess likely impacts of any proposed change.”

Findings of the study, co-authored by Tim Bogomolov, Jerzy Filar, Ruth Luscombe, Yoni Nazarathy, Shaowen Qin, Piotr Swierkowski and Ian Wood, were presented at the 22nd International Congress on Modelling and Simulation in Hobart this week.

HESTA and ISPT have formed a JV partnership to acquire a 50-year ground lease from St...

The Victorian Health Building Authority has unveiled the first designs for the $48.7 million...