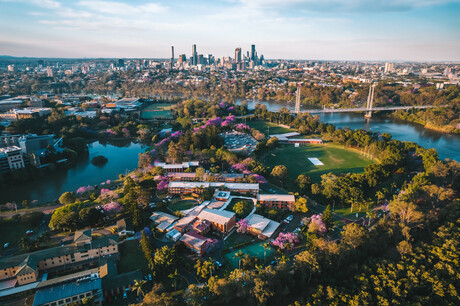 A $150 million private hospital South East Queensland is promising to attract “specialist talent” to cater for a rising demand in medical services.

The proposed hospital will be completed in stages, with the initial phase including up to 90 inpatient beds. That would increase to 160 upon completion, with nine surgical theatres, 60 consulting rooms, onsite pathology and a large imaging centre.

The hospital is expected to create 250 jobs during construction and 500 once it’s fully operational. Developers anticipate planning approval before the end of the year, with work to get underway at the site early next year.

Matilda Health Care will operate the hospital under a 30-year lease once the building is completed in 2025.

The hospital would be a game changer for the City of Logan, according to Matilda Health Care Managing Director Harry Pannu.

“This brings numerous amounts of benefits to the local residents,” he said.

“Logan traditionally hasn’t had these kind of facilities across the public system, and it’s definitely time.”

The population of the local council area is expected to double to 500,000 by 2036. Pannu said with an aging population and rising rates of chronic disease, there is already high demand for health infrastructure.

“By having a facility such as ours it actually helps attract a lot of specialist talent, which Logan desperately needs,” Pannu said.

“Traditionally, Logan has struggled to fill those posts because there wasn’t this opportunity for them to have this one-stop shop to provide these comprehensive services and these career pathways.”

He said the new hospital would work in tandem with the existing public hospital.

“What a precinct like this actually does is it allows clinicians a very attractive area to move to build up their practice,” Pannu said.

“All of a sudden they’ve now got a public consultation post but they just have to walk across the road and they’ve got their private practice.

“Clinicians would prefer a set-up like that because you don’t want to work in a public hospital and then drive an hour to your private clinic.”

Matilda Health Care runs two other private hospitals, but this is the first in Queensland.

The hospital will form part of a Meadowbrook Health Hub being built across the 1.6 ha site, which will eventually boast shops, a hotel and a childcare centre.

Australian Unity’s General Manager – Healthcare Property, Chris Smith, said the hospital would be a win for the community and investors.

The mutual company’s healthcare property trust is involved in about 22 health and aged care facilities in Queensland.

“The land parcel that’s available allows us to grow into the future as well, so we’re not really land-locked and [can] grow the facility,” Smith said.

“Not all the needs are being met in Logan because there’s currently no private hospital there.

“The other thing that makes it stronger is if you have a co-located private hospital and a public hospital, you tend to attract a broader surgeon base as well.

“A lot of surgeons would like to practise in both the public and the private and split their time, and then the public sector can then use that to attract surgeons.”

More than 30,000 square metres of private health, medical and related services are expected to be delivered across the city in the short to medium term.

This includes new clinics for specialist services now under construction in the council’s dedicated health and wellbeing precinct in Meadowbrook. This includes the new Meadowbrook Medical Centre, run by UQ Health Care, and a planned minor injury and illness (urgent care) facility.

This is a modified version of a news item published by NewsLeads under CC BY 4.0

HESTA and ISPT have formed a JV partnership to acquire a 50-year ground lease from St...

The Victorian Health Building Authority has unveiled the first designs for the $48.7 million...