Planning HVAC flexibility into hospitals of the future 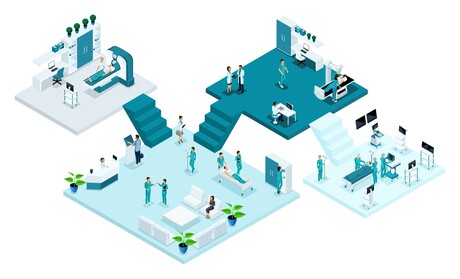 Pandemics are not a new concept and, given our increasing global population, we should prepare ourselves and our health systems for a higher frequency of such events in the future. Several studies have indicated that SARS-CoV-2 can spread via aerosol transmission, meaning that control over airflows in healthcare facilities is critical.

The Future-proofing Hospitals virtual conference, held in September 2020, explored how Australia can plan and design hospitals for future surges, such as those witnessed during the COVID-19 pandemic.

Simon Witts, Principal Engineer at LCI Consultants, has more than 34 years’ experience in health building design and has co-authored and edited the new Engineering Guidelines for Healthcare Facilities, released in June 2020 by the Victorian Health and Human Services Building Authority.

Witts has investigated aerosol movement and propagation in buildings, particularly during the COVID-19 pandemic. Drawing on his experience as a building practitioner for healthcare facilities, Witts has undertaken extensive research on computational fluid dynamics studies of aerosol particles through HVAC. Presenting at the virtual conference, his knowledge and findings illustrated the need for flexibility, and the benefits of a holistic and bespoke approach to healthcare services planning. 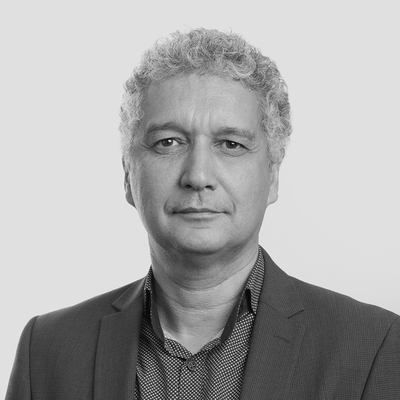 With the emergence of COVID-19, Witts has been involved in reconfiguring healthcare facilities, demonstrating that understanding how a facility’s ventilation system works is crucial.

LCI’s analysis of how aerosols are produced and distributed adds to the evidence that SARS-CoV-2 can be transmitted via aerosol. The team modelled the aerosols to see how effectively they can be distributed by an HVAC system. The simulation considered the difference between a cough and a sneeze: a cough comes from deep in the lungs, producing about 10 million particles ranging from 0.3 to 0.7 µm — the particles stay in the air and get carried by the ventilation system in the room; in the case of a sneeze, the droplets are bigger, heavier and tend to travel in a 1.5–2 m radius before falling onto surfaces.

In the cough simulation, some of the aerosols stuck to surfaces; others were mixed by the ventilation system, caught in the return air path and dragged back to the air-handling unit. At 0.5 µm, the aerosols were distributed to an adjacent room, although the concentration of particles is about one thousandth to one ten thousandth of what was in the room where the cough originated.

Examining a heatmap of the airflow pattern revealed that some of the aerosols landed directly in front of the person who coughed, on the top surface of the table. Some particles were carried to the edges and underside of the table according to the way the HVAC system mixes the air in the room. Aerosols also collect around the extract grills.

Witts explained that the main discovery from the analysis is that traditional designs of HVAC systems are inflexible.

“HVAC systems have been designed to do one job well and that is to create optimal environmental conditions — because of this, they are the perfect vector for distributing aerosolised particles,” he said.

Witts said that, to gain flexibility, it’s important to consider what a facility is trying to achieve.

“We need to get back to the basics. Guidelines need to be followed for critical care areas in relation to airflow systems. It’s important not to make a knee-jerk reaction and design everything for the current pandemic at the expense of other functions. Facility designs need to in-build system flexibility.”

The latest version of Victoria’s building services guidelines stress the importance of identifying the main purpose of the ventilation system — is it air conditioning, is it containment or is it infection control? Asking these questions will help designers think more clearly about airflow patterns in particular spaces.

Witts said that how ventilation systems operate in day-to-day use has become a critical issue over the last six months.

“We need to get back to how and why a hospital functions. Despite the benefits of flexibility during incidences such as pandemics, there are areas in a hospital where it’s not okay to be flexible, such as in sterile areas, operating rooms and isolation rooms.

“We need to think about clinical flow and about aerosol distribution in our designs. Clear clinical planning is needed for flexible zones, which requires an understanding of how the space is being used,” Witts said, adding that system flexibility needs to be designed at an early stage to build capacity into the supply and extract systems. He also iterated that changing air paths may have unintended consequences, such as increased fire risks. These factors need to be considered in the HVAC system design.

“Hospitals require a specific process when it comes to airflows — they are not your average commercial office block,” Witts highlighted. “For this reason, environmental rating systems should recognise and reward infection control at the heart of ventilation design.”

Camperdown Modern — a new healthcare facility proposed to be developed by partners...