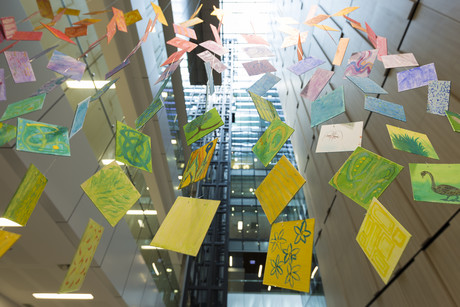 Five years on from its opening, we revisit comprehensive cancer centre the Chris O’Brien Lifehouse, and its impact on patients.

Jovanka Zutic was diagnosed with cancer in early 2018, and since then she’s been in and out of hospital. When she walked into Chris O’Brien Lifehouse for the first time, however, everything was suddenly different.

“It doesn’t feel like a hospital,” Zutic said. “It’s bright and airy, I have my own private room, and the nurses are always smiling. Even down to the noise — there’s no beeping or buzzing or trolley wheels going by — it’s not like a hospital at all.”

“Not like a hospital at all” — a phrase commonly heard when describing Chris O’Brien Lifehouse, as well as several of its peers. The cancer centre is one of a new generation of healthcare facilities eschewing the typical utilitarian design for something much more human-focused. It’s not just a matter of ‘easy on the eye’ — the evidence-based design approach is producing tangible results, from shorter hospital stays to reduced risk of infection and happier staff.

As Chris O’Brien Lifehouse celebrates five years in operation, it’s too early to know the exact extent of the role that design has played on the wellbeing of patients and staff. Nevertheless, for Zutic and many others, the benefits are already apparent. 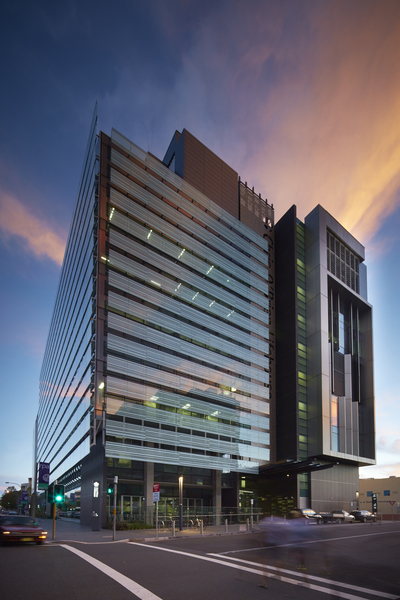 The idea for a dedicated cancer centre at Royal Prince Alfred Hospital in Sydney was born in the late 1990s, but it was cancer surgeon Professor Chris O’Brien who championed a purpose-built, standalone facility.

Inspired by the comprehensive cancer centres of North America, Professor O’Brien envisioned a hospital that combined diagnosis, treatment and research under one roof. When Professor O’Brien was himself diagnosed with an aggressive brain tumour in 2006, the project took on a new urgency.

“We started with a blank slate, and it was really an invitation to model it exactly how we wanted,” said Gail O’Brien, wife of Chris O’Brien and now Patient Advocate. The surgeon unfortunately didn’t live to see his dream realised — he died in 2009, just months before construction began.

“After Chris passed away, I took a greater role in the project, and it was then that the building we see today really started taking shape,” O’Brien said. From an entrance initially planned along a busy roadway, the front door was moved to a side street. Narrow and quiet — “like the knave of a church”, O’Brien described — the entrance opens onto a light-filled central atrium, where music from a grand piano, available for anyone to play, echoes through to the floors above. 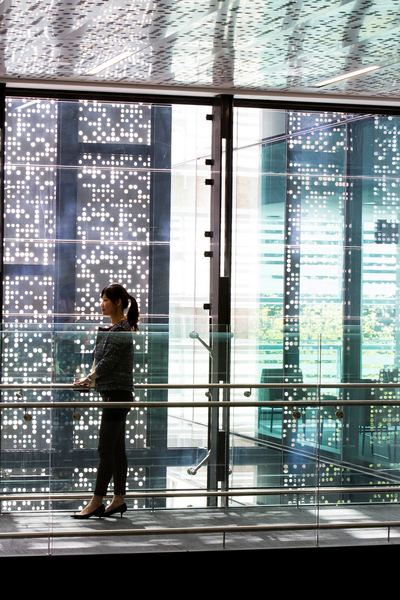 “Natural light plays a fundamental role in the architectural concept of Lifehouse,” said Ronald Hicks, Principal and National Director of Health at HDR, the firm behind the architectural design of the hospital.

“The quality of this light as an inspirational and reassuring element is evident throughout the building, particularly in the major public and circulation spaces like the central atrium. Incorporating extensive glazing in a clinical building does, however, require careful consideration.

“The perforated screens help filter natural light appearing in delicate patterns that change form and colour through the course of the day and bringing the interior spaces to life.”

Today, more than 40,000 people pass through the hospital’s doors annually. For some, their visit will go no further than the day therapy units on the lower floors. For others, like Zutic and former Chris O’Brien Lifehouse patient David Smiedt, their stay will last much longer.

At home in a hospital

“When you walk into the building, it immediately strikes you that it’s different from those very old-school, dull and gloomy hospitals that I grew up with,” said Smiedt, a comedian and writer who was diagnosed with cancer in 2017.

Indeed, dull and gloomy are increasingly things of the past when it comes to hospital design. Research has begun to understand the negative impact of factors such as boredom and social isolation on long-term recovery. Evidence-based design combats these issues by providing accessible and inviting spaces for patients to meet and socialise. 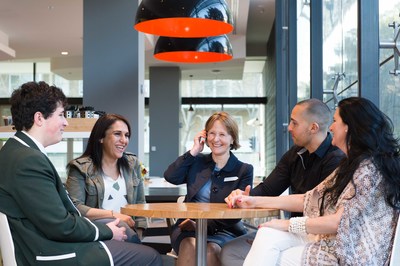 For Smiedt, the window in his private room provided a much-needed connection with the outside world, while the balcony provided a quiet space to sit between treatments. “Just to feel a bit of sun on my skin was a really lovely break, and it helped me to feel less isolated,” he said. A private room allows patients a sense of control over their space. Many hang embroidery or quilting projects created at Arterie, the hospital’s weekly arts engagement session.

“You’re also encouraged to leave your room,” Smiedt said. The comedian would spend time wandering the floors — “there was a competition to see who could do the most laps”, he said — or attending classes in the LivingRoom, where patients can take advantage of complementary therapies such as meditation and acupuncture. With no official visiting hours, visitors can come and go as they please. When friends or family came to visit, he would meet them downstairs in the communal cafe.

“You could almost pretend that it was normal again and you were just having a coffee with mates. For me that was important, because there were times when you get sick of feeling like the patient,” he said.

Now on the road to recovery, Smiedt counts himself lucky to be treated at Chris O’Brien Lifehouse. For patient advocate Gail O’Brien, stories like Smiedt’s are a success. “Patients often say to me, I’d rather not have cancer, but if I have to get it, this is the place to be,” she said. “It’s so gratifying to hear how the building affects not only our patients, but our staff and volunteers. It’s very much a healing space.”

“The design of Chris O’Brien Lifehouse is about more than providing an innovative clinical and research environment,” said HDR’s Ronald Hicks. “It is about creating a facility that focuses on the needs of all users — a patient-centred environment that is about dignity, respect and care for patients and carers. Equally, though, it needs to provide a working environment for all clinicians to deliver their best — we believe the created environment works at a series of levels of experience. It really strives to be about creating positive space.” 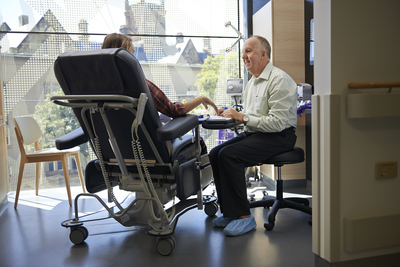 Camperdown Modern — a new healthcare facility proposed to be developed by partners...