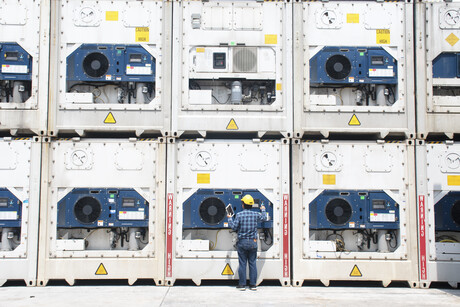 The light is finally at the end of the tunnel as Australia begins vaccinating its population against COVID-19. The Pfizer vaccine is already going into people’s arms, and the AstraZeneca vaccine is slated to begin imminently.

Getting the vaccines to the Australian population comes with huge supply chain challenges. This is a big country — one where ice cream melts in the shade in some locations and around a quarter of all produce is thrown away due to temperature breaches during distribution.

According to the RACGP, in the five years leading up to 2019 (the most recent period for which figures are available), more than 12,000 vaccine cold chain breaches were recorded, resulting in 747,000 destroyed vaccines, or 1.65% of the total distributed. Those vaccines were worth an estimated $25.9 million.

Clearly, getting COVID-19 vaccines into the community is a big task, particularly with the Pfizer vaccine, which requires storage at minus 70°C — around the temperature of Antarctica during winter. Australia has cold chain logistics, but prior to the Pfizer vaccine being introduced, no vaccines needed to be stored in such frigid temperatures.

So how is Australia meeting these challenges, and what are some of the roadblocks to getting the entire Australian population vaccinated this year?

Getting the vaccines to the people

The Pfizer vaccine is manufactured in the United States and Belgium, while the AstraZeneca jab is made overseas prior to manufacture in Australia by CSL later this year.

Maintaining the Pfizer vaccine’s cold chain integrity comes down to specially designed boxes chilled with dry ice. The vaccine can be stored that way for 15 days and is good for a further five days in a regular fridge after being opened.

Dr Hermione Parsons, founding director of Deakin University’s Centre for Supply Chain and Logistics, told the ABC that Australia hasn’t faced a logistics challenge of this scale in recent memory, while her colleague Dr Roberto Perez-Franco noted that getting the COVID vaccine is the largest logistics effort since World War II.

To get the supply chain right, Australian Government Health Minister Greg Hunt said contracts have been signed with leading industry providers DHL Supply Chain and Linfox. These companies are responsible for keeping the vaccine at the right temperature and delivering it across the country — even to remote communities that might not normally be served by regular vaccine deliveries. They will have to maintain the cold chain, and report back into an analytics system designed by Accenture.

Visibility is vital to the rollout

Making sure the right vaccine gets to the right people requires an investment in analytics all the way from the distribution centre to the clinic where it’s administered. This analytics capability gives visibility into the supply chain and ensures every dose of the vaccine is accounted for, and that it has been given to the people who need it most (at least initially — Australia plans to vaccinate the entire population by the end of 2021).

This is emphasised by consulting firm KPMG in its report Five Ways to Optimise the COVID-19 Vaccine Supply Chain, with what is called a ‘track and trace’ capability.

In the report, KPMG said that track and trace called for robust data analytics capability as well as establishing a process for capturing, storing, transferring and processing vaccine supply and delivery data in real time.

KPMG calls for data standardisation, as well as agreed taxonomies and commercial data sharing, all designed to generate common understanding, visibility and compliance.

Supply chains, particularly those spread out over large geographical areas — as happens with pharmaceutical distribution — where many of the components are sourced from developing nations, are vulnerable to many issues, including theft and counterfeiting. Combating issues like theft and counterfeiting means that the government and the logistics contractors need the ability to see into the entire length of the supply chain and capture snapshots of the chain at any given point in time.

Australia’s vaccine capability calls for vaccine batch serialising, for easy track and trace, as well as an authenticated chain of custody. Doing this comes down to the combined efforts of Accenture, as well as those of the logistics companies DHL and Linfox.

With all going well, Australia should be vaccinated by the end of this year. Getting it right is a mammoth challenge, and one that the country must rise to in an effort that we haven’t seen since the Second World War. Hopefully, once we’re successfully vaccinated, we can go back to normal — or at least a new normal, where good hygiene, face-mask wearing and maintaining quarantine facilities is what we expect from day-to-day living. 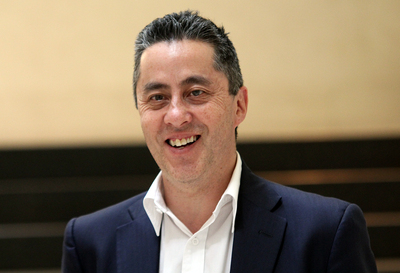 The mental health unit will treat a range of disorders, with specialised support for depression...

Hames Sharley was commissioned as the architect for a major refurbishment at the campus.