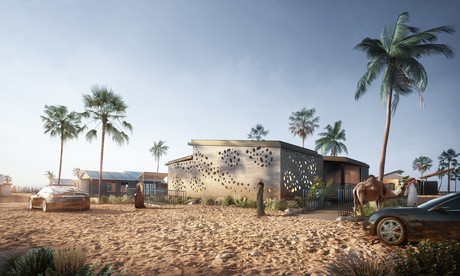 Helping an ageing population live comfortably, independently and easily either in their own homes or aged-care facilities doesn’t require great expenditure — just a little more thought on how the simple things can make a big difference. According to Clayton McDowell, Team Leader of Desert Rose Team UOW, it’s the little things that matter.

During research for his PhD at the University of Wollongong’s Sustainable Buildings Research Centre, McDowell discovered a litany of challenges faced by older residents in their own homes, which impacted on their quality of life.

Working with the Energy+Illawarra energy efficiency initiative, he visited more than 200 low-income ageing residents in the Illawarra to conduct an audit on their homes to determine what could be retrofitted for greater energy efficiency.

“I came across a suite of instances where elderly occupants’ lives weren’t as good as they could be because of small things within their homes,” McDowell said.

“For example, many had hands so badly affected by arthritis they couldn’t do things like open their windows or turn their taps.

“One lady had to keep her windows open all year because she could no longer open the window latch, which meant in the winter her house became very cold.”

Up for the challenge

These stories inspired McDowell to put together a team of 200 UOW and TAFE NSW students for the 2018 Solar Decathlon Challenge to create a solar-powered, net-zero-energy home specifically designed for people living with dementia and those affected by ageing.

The Desert Rose — named after Sturt’s Desert Rose that grows in Australia’s harshest climate — was runner-up in the international competition, which attracted 15 entries from 11 countries. The team’s project achieved the top score in the innovation and interior design categories. 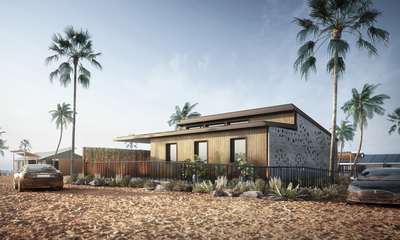 “We wanted to not just create a solar-powered, net-zero house, but also one that adapts as residents age,” McDowell said.

“One of the things we found interesting in designing the Desert Rose was how little consideration is given to the in-between times of ageing. For example, a lot of aged-care facilities or houses are built for wheelchairs but not for walkers or mobility scooters, which actually have a larger turning circle.”

To help with these design challenges, McDowell said the team utilised technology such as augmented reality so they could actually experience how their design innovations would work for the residents they had in mind.

The team also investigated how light enters and is used in the house, recreating scenarios with light simulations. 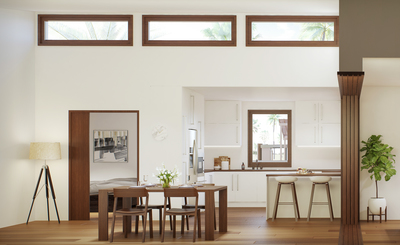 “We didn’t just have to worry about the amount of sunlight coming in, but things like glare inside the house and the types of surfaces we used,” McDowell said.

“It’s a fine line how you solve these issues; you don’t want to automate the entire house because that removes people’s activities, and you still want to engage in activities… Something we learned doing this project is how to balance technological integration with human activities and encouraging people to do things.

“Although we were designing and building to the competition brief, for us, taking the dementia-friendly approach was not to do with the competition.”

UOW dementia specialist Professor Richard Fleming also had input on the final design, suggesting the team consider things such as line of sight.

For example, where utilities and amenities are situated in the house are extremely important for people living with dementia. In the Desert Rose, the toilet bowl is the first thing an occupant sees as they wake up, reminding them to use it and avoid accidents later. The dining table is in full view so it can be seen when the resident moves from the living space to the bedroom as a reminder to eat.

Tapware, too, gives visual cues regarding water temperature, and is operated by electronic sensors, as mechanical valves can be too difficult to turn for an older person.

“We can even program smart functions into them — like when a person living with dementia goes to the toilet, after they flush, the taps automatically turn on to remind them to wash their hands. There’s a lot of potential to help people,” McDowell explained.

“They’re seemingly simple things, but every bit helps with livability and can make such a big difference to a person’s life. So, with the Desert Rose, every little detail has been considered and carefully selected.” 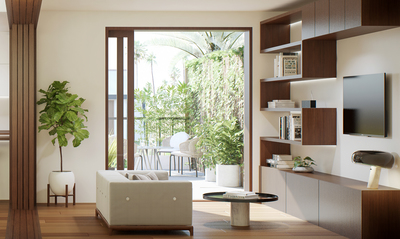 The Desert Rose generates more electricity than it uses, minimises water consumption and allows its occupants to live independently for as long as possible.

The prototype house is currently being rebuilt at the UOW Innovation Campus and McDowell revealed it will be open for public tours between March and April 2020. 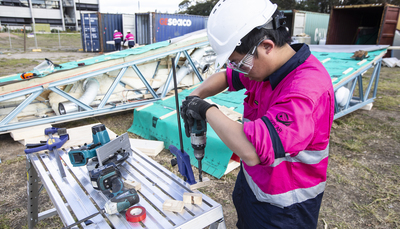 To learn more about this inspiring project, visit www.desertrosehouse.com.au.

Created by Hames Sharley, the Australian National Phenome Centre is a state-of-the-art...

An SA company has launched a portable isolation hospital for widespread medical emergency...