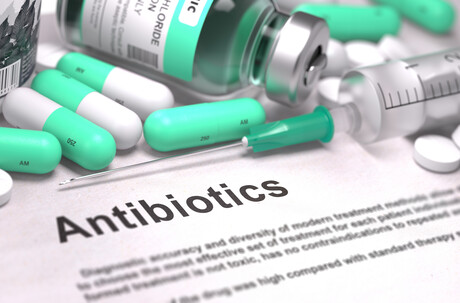 Scientists at the University of Georgia appear to have found a link between pollution and antibiotic resistance in a landmark study published this year.

These ARGs can be ‘horizontally’ transferred via animal or insect hosts and confer resistance to various treatments commonly prescribed to humans, including vancomycin, macrolides and quinolones.

Antibiotic resistance has traditionally been viewed as a clinical problem, but this research demonstrates how even pollution in the environment can contribute to the problem. Aquatic environments in particular are likely to breed these horizontal gene transfer events.

“A lot of clinically relevant organisms have or are developing resistance to multiple antibiotics,” Dr Thomas said.

“Compounding this, we live in a world where there is a large exchange of microorganisms, either through the environment, animal or insect hosts, meaning there are many ways these ARGs can spread.

“As it stands, antibiotics are already over-prescribed and over-consumed. With the added factor of pollution we now have this perfect opportunity for microorganisms to continue to acquire or develop resistance.”

Antibiotic resistance is a growing problem around the world. It was first highlighted in 2013 by the CDC who found that at least 2 million people in the USA develop an antibiotic-resistant infection (ARI) every year. More than 23,000 of these result in a fatality.

Since then the problem has worsened with a growing list of infections impacted by the condition. Contagions like pneumonia, tuberculosis, blood poisoning, gonorrhea and foodborne diseases are becoming increasingly difficult, or outright impossible, to treat as a result.

As such, the World Health Organisation (WHO) has described antibiotic resistance as one of the greatest threats to modern health, globally. More recently, the Pharmaceutical Benefits Advisory Committee (PBAC) has endorsed a ban on repeat prescriptions for certain high-usage antibiotics.

Dr Thomas believes the findings lay the case for more personalised medicine, a paradigm shift that is already underway in some countries.

“In the future, we are really going to have [to] delve further into personalised medicine. In basic terms, if someone has an infection we need to identify exactly what the infection is, how it was acquired and better understand the resistance profile of that infection. For example, it may be that a certain microorganism is resistant to one penicillin but susceptible to ciprofloxacin,” Dr Thomas said.

“Going forward, we will also need antibiotics with novel mechanisms to treat infections. I think that goes without saying,” he concluded.