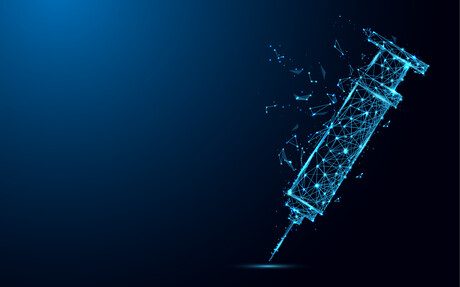 CSIRO has welcomed the Australian Government’s agreement with pharmaceutical company AstraZeneca, which will give Australians access to the University of Oxford’s COVID-19 vaccine, should it prove successful, safe and effective.

The science agency also supports the Australian Government working with CSL and AstraZeneca to assess the possibility of locally manufacturing support the vaccine, should it prove successful.

“Preliminary reports on Oxford University’s phase 1/2 trials showed promising results and a strong initial immune response. It is welcome news that Australians will have access to the vaccine should it prove successful,” CSIRO Health and Biosecurity Director Dr Rob Grenfell said.

“While this news is encouraging it’s important to remember there are still hurdles to cross before we have a viable vaccine for COVID-19, including the outcomes of phase 3. These are larger studies involving many thousands of volunteers in a current disease outbreak site — in this case South Africa, Brazil and Europe — that will tell us if the vaccine candidate is efficacious and safe for the broader population.”

“Oxford University’s vaccine candidate is what’s known as a viral vector vaccine, meaning it is made from a non-replicating version of a common cold virus, an adenovirus,” he said.

“Oxford’s scientists have inserted the SARS-CoV-2 genome into a defective adenovirus, which can begin an infection in human cells but cannot replicate to develop the infection. The key coronavirus protein becomes expressed when the adenovirus starts to replicate. The immune system recognises the virus and develops immunity to the SARS-CoV-2 virus.

“Because it goes through the initial stages of replication, vaccines of this type are very stimulating to all parts of the immune system, compared to killed vaccines or those which only contain proteins of SARS-CoV-2.

“As part of our preclinical study of Oxford’s candidate at the Australian Centre for Disease Preparedness, we are evaluating different administration methods of the vaccine to determine whether an injection or nasal spray confers better protection,” Dr Drew said.

“More than 2000 samples are currently being analysed by the team as part of the study. The results from this study are currently going through internal and external review, quality assurance and a compliance audit.”

Dr Drew explained that these procedures are part of a rigorous process to determine the safety and effectiveness of the vaccine candidate, to the standard required by licensing authorities. The results will be published following the review.

The Society of Hospital Pharmacists of Australia (SHPA) has hosted a successful, celebratory and...

The innovative project will integrate genomics, electronic healthcare data and AI technologies to...

Interim analysis of Moderna's Phase 3 study of mRNA-1273 finds that the COVID-19 vaccine...