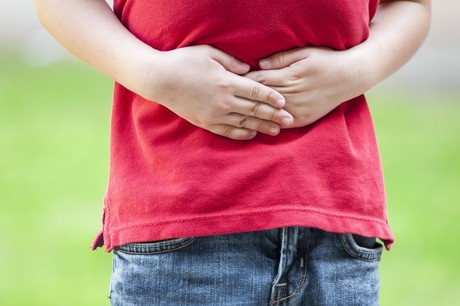 Children who have been sick with the common common intestinal virus, enterovirus, are at increased risk of later developing coeliac disease.

A new study, published in The BMJ, found that enterovirus in early childhood could be a trigger for coeliac disease in children at increased genetic risk of the condition.

However, adenovirus, another common virus, was not associated with a risk of later coeliac disease.

This preliminary finding adds new information on the role of viral infections as a potential underlying cause of coeliac disease, say the researchers.

Coeliac disease is a common digestive condition caused by an adverse reaction to gluten, a dietary protein found in wheat, barley and rye. It is believed to develop from a combination of genetics and environmental triggers.

Previous studies suggest that stomach and intestinal infections, which are common in childhood, play a role in the development of coeliac disease. But no firm conclusions have been made.

So researchers tested whether enterovirus and adenovirus infections — before the development of coeliac disease antibodies — were more common in children who were later diagnosed with coeliac disease, compared to those who were not.

Between 2001–2007, they recruited 220 Norwegian children who all carried both the HLA DQ2 and the DQ8 genetic make-up. The large majority of patients with coeliac disease carry at least one of these, which carries an increased risk of both coeliac disease and type 1 diabetes.

The researchers collected stool samples from age 3–36 months to detect the viruses, and blood samples were tested for coeliac disease antibodies at age 3, 6, 9 and 12 months, and then yearly until 2016.

After an average of nearly 10 years, 25 children were diagnosed with coeliac disease. Each child was then matched to two healthy controls.

Enterovirus was found in 370 (17%) of 2135 stool samples, with 73 children having at least one positive sample. And it was significantly more frequent in samples collected before development of coeliac disease antibodies in cases than in controls — 84 out of 429 (20%) in cases and 129 out of 855 (15%) in controls.

There was a significant association between exposure to enterovirus and later risk of developing coeliac disease, but adenovirus was not linked to the development of the disease.

Enterovirus infections caught after gluten was introduced to the child’s diet were associated with coeliac disease, whereas those before or at the time of introduction were not, suggesting that the infection itself was the disease trigger.

This is an observational study, therefore no firm conclusions can be made about cause and the researchers can’t rule out the possibility that other unmeasured factors may have influenced the results. What’s more, the number of children with coeliac disease was limited and the findings may not be generalised to wider genetic profiles.

But the authors point out that this is the first study of its kind to explore the link between viruses in childhood and later coeliac disease.

And the HLA-DQ2 or HLA-DQ8 gene make-up represents nearly all “genetically susceptible” people, therefore they believe that their findings are likely to apply to a large proportion of those with coeliac disease.

With almost 40% of the population being genetically prone to coeliac disease, the authors highlight the “major problem” of identifying environmental triggers.

The authors suggest that identifying specific viruses as triggers may justify preventative strategies: “If enterovirus is confirmed as a trigger factor, vaccination could reduce the risk of development of coeliac disease,” they conclude.