Call to ban cigarettes in Australia 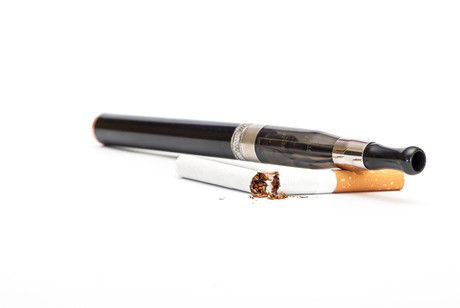 A call has been made for cigarettes to be banned in Australia and replaced with e-cigarettes, following new research showing thousands of lives could be saved.

Menzies School of Health researcher Dr Marita Hefler believes a ban on the sale of cigarettes and other combustible tobacco products needs to be seriously considered.

Her call came in response to a research paper which found up to 6.6 million premature deaths could be prevented over a 10-year period in the US if smokers switched to e-cigarettes. In Australia, this represents preventing about half a million premature smoking-related deaths in long-term smokers.

In commentary published in the international journal Tobacco Control, Dr Hefler said: “The ongoing availability of cigarettes is an historical anomaly. Any other consumer product that kills up to two-thirds of its long-term users remaining legal is unimaginable.”

Debate about the potential benefits and risks of these products has divided the public health community in recent years, Dr Hefler said. “Combustible tobacco is the most harmful end of the nicotine product spectrum and should be phased out. E-cigarettes and HNB products are not harmless. However, they are almost certainly lower risk than cigarettes for current smokers.”

In conjunction with phasing out cigarette sales, Dr Hefler is recommending that the less harmful products including e-cigarettes should be permitted in Australia with tight regulations equivalent to what is currently applied to cigarettes.

In response to the new research, a group of leading Australian health experts is echoing Dr Hefler’s call, urging the National Health and Medical Research Council (NHMRC) to conduct a thorough and up-to-date review of the latest science relevant to e-cigarettes.

They say the latest evidence suggests that e-cigarettes are significantly less harmful than smoking and could lead to substantial improvement in public health.

Seventy Australian academics, researchers and clinicians with a special interest in public health, tobacco control and drug and alcohol treatment are co-signatories to a letter that calls on the NHMRC to commission an open and comprehensive review of the evidence.

Associate Professor Colin Mendelsohn from the School of Public Health and Community Medicine at the University of New South Wales said he hoped a new review would take a harm reduction perspective. “E-cigarettes are being used by smokers and ex-smokers as a less harmful alternative to an existing consumer product — combustible tobacco — that prematurely kills up to two-thirds of its long-term users.1

“The science on e-cigarettes has evolved substantially since the NHMRC did its previous review,2 so it is time to look at what the latest research tells us about their potential for reducing tobacco-related death and disease in Australia,” Professor Mendelsohn said.