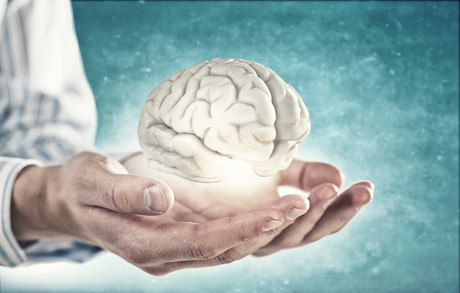 Brain disorders don’t just impact the patient, their family and their friends. A newly commissioned white paper has found that brain disorders cost the Australian economy a staggering $74 billion per annum.

The economic burden associated with neurological, mental health and substance use disorders is immense. The study found that in Australia, the burden of these brain disorders accounted for 20.5% of the burden of disease — nearly twice the global figure of 11.1% — illustrating the scale of the healthcare challenge. Substance abuse recorded the highest growth rate between 2010 and 2017 growing by 24.7%, followed by neurological disorders at 15.6% and mental health disorders by 8.6%.

The report, commissioned by Mindgardens Neuroscience Network, identifies the health cost in disability-adjusted life years of brain disorders has increased by 13.5% in Australia since 2010.

Mindgardens, based in Sydney, is dedicated to clinical excellence, research and education in neurological, mental health and substance use disorders. Established in 2018, it brings together four founding partner organisations — Black Dog Institute, Neuroscience Research Australia (NeuRA), South Eastern Sydney Local Health District (SESLHD) and UNSW Sydney — to form the largest collaboration of scientists and clinicians in brain disorders in the Southern Hemisphere.

The founding partners sought to determine the current burden of disease in Australia and the associated costs that arise from the spectrum of brain disorders — neurological, mental health and substance use disorders — in order to set a course for change in neuroscience models of care.

Professor Helen Christensen AO, Interim Co-CEO of Mindgardens, said that “we commissioned KPMG to prepare a white paper to review the data and provide us with a clear picture of the size and scale of brain disorders in Australia. The white paper reveals the costs are staggering. Mental health disorders and suicide cost the nation over $33 billion each year, neurological disorders cost over $31 billion and substance use disorders almost $10 billion.”

The white paper, titled ‘Review of the burden of disease for neurological, mental health and substance use disorders in Australia’, identifies that the largest burden of disease is exhibited by opioid use disorders, major depressive and anxiety disorders, stroke, and Alzheimer’s/dementia disorders. Relative to cancer and cardiovascular disease, these disorders do not receive overall research investment commensurate with the burden they impose on the community.

Professor Peter Schofield AO, Interim Co-CEO Mindgardens, said that “our national research agenda should align to better incorporate and prioritise these disorders and build the specific research capability to address them into the future. Our white paper also investigates the potential return on investment for already validated health interventions and indicates a number which, if adopted, would cost-effectively improve health outcomes.

“These include online mental health programs, which are highly effective in treating depression and anxiety. However, the infrastructure to put these treatments into action is weak, so we need to establish an e-mental health infrastructure and shared industry/health models that could then be used to expand these cost-effective health interventions to treat and prevent these and other brain disorders,” he said.