Superhero hospital gown to the rescue! 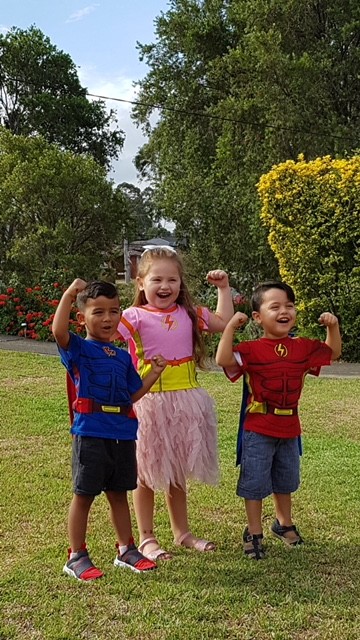 When tradie Jason Sotiris’s daughter Angela was hospitalised with a rare cancer after her first birthday he struggled to change her hospital gown.

“After chemotherapy Angela would wake to vomit, and it was so challenging to change her with an IV drip and chest monitor cables attached that I knew this must be a struggle for every parent whose child is in hospital,” said Sotiris.

“Angela was given just a 20% chance of survival, but has beaten the odds, and thankfully is still with us today.” Now he wants to help other families during their biggest battle. 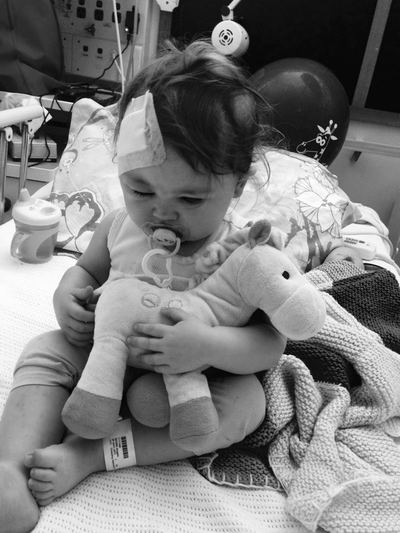 Angela while in hospital undergoing chemotherapy.

Sotiris’s experience was the inspiration behind the creation of Supertee, a children’s medical garment that is X-RAY and MRI friendly; the underarms open easily for temperature checks, the sides and shoulders come apart quickly with removable studs, allowing the Supertee to bypass any tubes or breathing masks, and the cape even transforms into a bib.

Sotiris was making prototypes of the gown with his best friend and fellow tradie Yusuf Muklis, when Sotiris’s three-year old son Teo dressed up as Batman to save his sister. The  superhero theme was born. 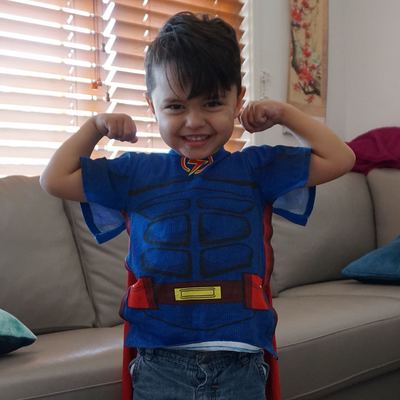 Sotiris's son, who dressed up as Batman to cheer up his sister, helped inspire the gown.

“There is research showing pretend play, like being a superhero helps a child put a psychological distance between themselves and the problem at hand. It’s known at The Batman Effect,” Sotiris said.

"It allows children to step back from a problem and think about it from multiple angles, they can then see different options for a solution.” It also helps fight boredom and boost morale.

Getting a superhero off the ground

Sotiris and Muklis are passionate believers in the Supertee and want it to reach sick children and their families as soon as possible so they can benefit from it too.

With the help of local businesses, $10,000 worth of Supertees have already reached sick kids; two local businesses sponsored 122 Supertees alone for the recent 2018 Gold Appeal for the Sydney Children’s Hospitals Foundation on Channel 9, on which the pair appeared and demonstrated the Supertee.

The remaining funds have come from Sotiris and his tradie buddy Muklis doing extra jobs and working overtime to pay for the initial batch of garments, which they will give away for free to sick children and their families at The Children's Hospital in Westmead, Sydney, when the Supertee launches in June 2018.

Supertees will be available to purchase at hospitals and to order online. A portion of funds raised will go back to the hospital. 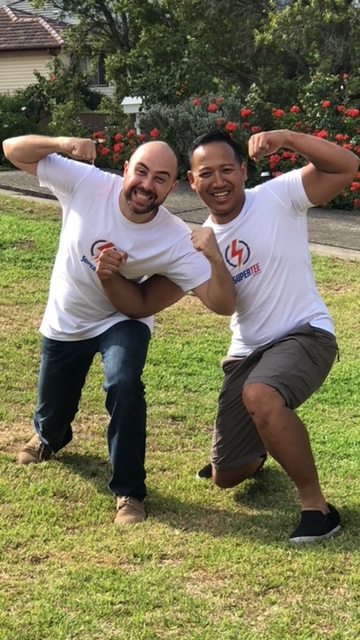