Drug-resistant UTIs: the canary in the coalmine 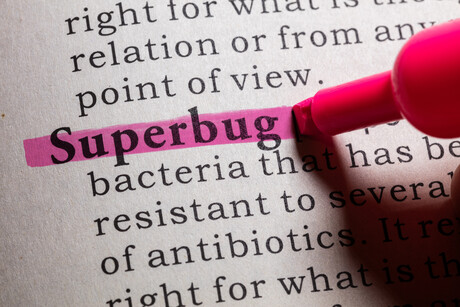 New research reveals that one of the world’s most common infections will cost Australia more than $1 billion a year within the next decade if nothing is done to stop the rise of antibiotic-resistant bacteria. Analysis by national consortium OUTBREAK highlights how urinary tract infections (UTIs) are becoming more persistent and harder to treat, resulting in more people being admitted to hospital where they require longer stays and more costly medicines.

OUTBREAK Managing Director Associate Professor Branwen Morgan said drug-resistant UTIs were the canary in the coalmine for a growing number of antibiotic-resistant germs spreading in our community, animals and environment.

“Drug-resistant infections are a global health threat but this is the first time we’ve been able to connect the overuse and misuse of antibiotics to the health and economic impact of a single disease,” Associate Professor Branwen Morgan said.

“UTIs affect one in two Australian women and one in 20 men in their lifetime, currently resulting in more than 2.5 million GP appointments, 100,000 emergency department visits and 75,000 hospital stays each year.

“We found that UTIs already cost Australia’s health system $909 million per year, not including indirect costs such as lost productivity. If we do nothing to stop the rise of antibiotic resistance, that figure could easily hit $1.6 billion by 2030.

“Those figures are very conservative and don’t take into account the increasing numbers of people with UTIs, so realistically it could cost much, much more than that.”

OUTBREAK is a multi-institutional and transdisciplinary initiative, led by the University of Technology Sydney, helping solve the growing threat of antibiotic resistance by using big data and AI to determine a location-specific and person-specific risk of a drug-resistant infection now and in the future.

The calculations were devised using a combination of national and regional data from the Illawarra Shoalhaven Local Health District (ISLHD) for the number of UTI patients presenting to their doctor, the emergency department, the number hospitalised and the proportion requiring intensive care, as well as local antibiotic resistance trend data.

ISLHD infectious diseases staff specialist Dr Simeon Crawford said the potential costs to the economy and our way of life were extraordinary.

“We can see the alarming multi-billion-dollar impact of antibiotic resistance across the entire health system nationally,” Dr Crawford said.

“As more and more germs acquire drug-resistance mechanisms, the burden will rise inexorably. We can’t afford to be complacent.”

Dr Crawford said a greater variety and volume of information was needed to fight the growing resistance of UTIs to antibiotics.

“Connecting data from different sources will help us to predict and manage the problem,” he said.

“With the right information we can use antibiotics in a more targeted way; saving lives, saving money and protecting the effectiveness of these invaluable medicines for as long as possible.”

Distinguished Professor Antoine van Oijen from the University of Wollongong said the proliferation of drug-resistant bacteria was a slow-moving but serious threat.

“COVID-19 is a very powerful example of how one untreatable virus can bring economies to their knees,” Professor van Oijen said.

“But drug-resistant bacteria are a bigger, more pervasive problem in health settings and throughout the community.”

British economist Lord Jim O’Neill, who led a landmark review into antibiotic resistance, said the OUTBREAK report was an excellent example of what could be done to determine the costs and consequences of UTIs.

“I love that the role of diagnostics is at the centre of their recommended approach to dealing with the UTI challenge, which I have long since argued is quite possibly the single most important way of reducing the inappropriate demand for antibiotics,” Lord O'Neill said.

“Consumer behaviour is unpredictable when public health is under threat and that disruption flows through to every business — from multinationals to solo operators,” she said.

Adjunct Professor George said the economic and health consequences of drug-resistant bacteria spreading through the food chain was an emerging challenge, including for Australian food producers and exporters and an issue currently being negotiated in the international food standard-setting agency, Codex.

“In the case of UTIs, the bacteria may have a foodborne origin that includes meat and fresh produce,” she said.