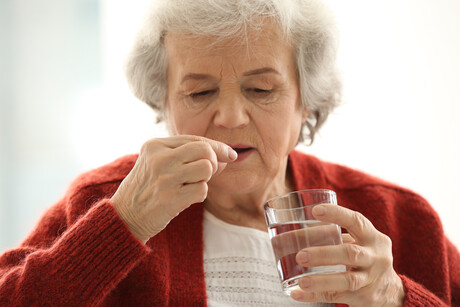 A study conducted by Monash University’s Centre for Medicine Use and Safety (CMUS) has identified barriers to effective medication management in people with dementia.

The main barriers identified were:

CMUS researchers recruited focus-group participants from a wide range of communities and healthcare settings, including those in carer roles who are carrying the majority of the burden and often experiencing high levels of stress, perpetuated by complicated healthcare systems and medication regimen complexity.

Lead author Dr Amanda Cross explained that medication management for those with dementia becomes particularly complicated in the context of polypharmacy (the concurrent use of multiple medications), increasing cognitive decline, changing goals of care, multiple stakeholders and multimorbidity (the co-occurrence of two or more chronic conditions).

“Most people with dementia live with multiple chronic diseases, which often require medications to manage symptoms and disease progression. It’s a complex and challenging process which requires many competing considerations when optimising medication use,” Dr Cross said.

The research found that although the carer’s role is fundamental, health professional and system-level changes are needed to minimise carer burden.

Dr Cross said, “Health professionals need to collaborate and communicate to help optimise medication use, and future interventions should focus on training and evidence-based guidelines for prescribing and deprescribing in people with dementia.”

Dementia is the second leading cause of death of Australians and the single greatest cause of disability burden overall. With Australia’s ageing population steadily on the rise and people living longer, an estimated 250 people are joining the population living with dementia each day. Both dementia and medication safety are Australian national health priority areas.

The release of the study coincides with the signing of the Seventh Community Pharmacy Agreement between the Australian Government and the Pharmacy Guild of Australia, which includes a commitment to maintaining investment in medication management programs, vital to the care of older people — particularly those with dementia.