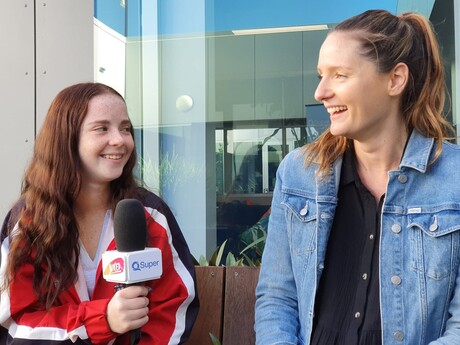 A Brisbane dietitian who helped a 17-year-old face her phobia of food has been recognised for supporting young people with mental health challenges through some of their hardest days.

Children’s Health Queensland Senior Dietitian Ashleigh Hamilton is the latest winner of the Juiced TV Super Hero Awards, supported by QSuper, after being nominated by her patient, Lily.

The awards shine a light on medical and support staff — the doctors, nurses, volunteers and others — who selflessly dedicate themselves to the wellbeing of others.

Lily, who is leaving Jacaranda Place after 10 months of care, and her aunt, Amy, said Ashleigh put in the effort to establish trust from the beginning.

“They would work together on food and eating food. It would be as simple as Ashleigh would say ‘we are going to tackle an apple today’ and they would work through it,” Amy said.

“She gave her the understanding about nutrition and why she needs to have this sort of food.

“The trust between them meant Lily felt she could tell Ashleigh anything and she would really listen and understand. This is what helped Lily reach her goals. Ashleigh gave her the tools. That’s why she was nominated. She just went above and beyond.

“I feel the future for Lily is bright. She feels like a different person.

“It’s really valuable what QSuper are doing, especially for the healthcare people who are doing things that are not so obvious,” Amy said.

Through support from professionals like Ashleigh, the Australian-first centre provides a safe and structured environment for young people, with a focus on improving their overall function, and increasing their capacity and confidence to transition back to their community.

“When Lily first came to Jacaranda Place, she had some goals to work on to increase the variety of foods that she was eating,” Ashleigh said.

“For someone like Lily, there were some ups and downs during the journey. Following the downs, we were able to see Lily find her way back on her own. For us, that’s a really good sign she can be independent.

“Everyone here at Jacaranda Place is really proud of what she’s achieved. She’s a very resilient young woman. She’s put so much of herself into her recovery,” she said.

Ashleigh, who has worked in the industry for five years and has been at Jacaranda Place since it opened, was humbled by the nomination. 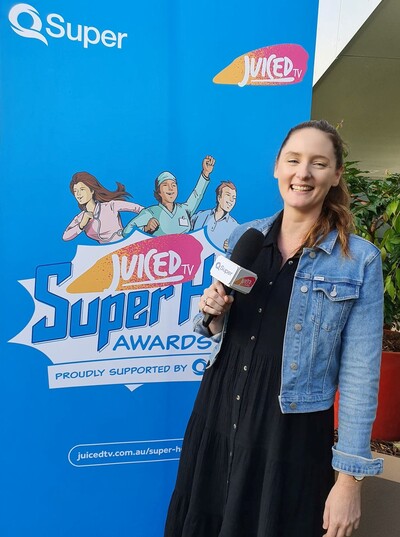 When reflecting on her career, Ashleigh said working in this space with young people can be challenging, but incredibly rewarding.

“You see so many good stories — you can see the positives and good things that come out of it,” she said.

“When you see some of our young people and the changes they’ve made and how far they’ve progressed, that kind of outweighs the stress of it.

“In this kind of setting, we’re helping the young people so early in their journey. The goal is to prevent long-term chronic mental health issues. It’s nice to be able to see the change happening early on.”

QSuper CEO Michael Pennisi said he was proud to support Juiced TV and the awards program that celebrates the superheroes of the healthcare sector who put others’ best interests first.

The analysis, carried out as part of an international collaboration between Australian, Finnish...

The Nursing and Midwifery Office (NMO) has announced 30 finalists for the Excellence in Nursing...