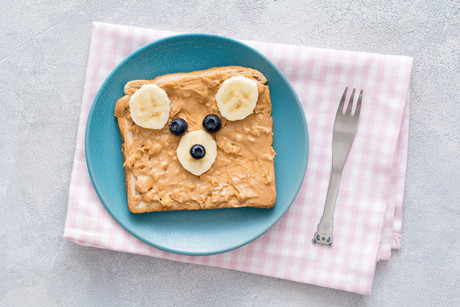 To reduce the risk of food allergies, infants should have eggs and peanuts incorporated into their diet within their first year of life.

This includes children at high risk, according to guidelines published by the Australasian Society of Clinical Immunology and Allergy (ASCIA) and summarised in the Medical Journal of Australia.

The guidelines, published in 2016 with additional guidance published in 2017 and 2018, include recommendations to introduce solid foods at around six months of age and peanut and egg before 12 months, but not before four months. The guidelines no longer recommend the use of hydrolysed formula for the prevention of allergic diseases.

The authors, led by Dr Preeti Joshi, Chair of the ASCIA’s Paediatric Committee, wrote that “food allergy has been increasing in incidence worldwide, with rates in Australia among the highest in the world”.

“The Melbourne-based HealthNuts study reported 10% of infants under one year of age had a challenge proven food allergy. Egg and peanut had an incidence of 8.9% and 3.0%, respectively. Egg, cow’s milk, wheat, soy, peanut, tree nuts, fish and shellfish constitute the most common food allergens in Australia.”

The recommendation to introduce egg and peanut early, even in high-risk infants, was largely based on results from the LEAP (Learning Early About Peanut Allergy) study, which randomised 640 children between four and 11 months of age with severe eczema, egg allergy or both to consume or avoid peanut containing foods until 60 months of age, at which time a peanut oral food challenge was conducted.

Among the 540 infants in the intention-to-treat group with a negative skin prick test result, the prevalence of peanut allergy at 60 months of age was 13.7% in the avoidance group and 1.9% in the consumption group.

“Based on these findings, ASCIA guidelines note that if infants already have an egg allergy or severe eczema, they are at increased risk of peanut allergy,” Joshi and colleagues wrote.

“The guidelines recommend that parents should introduce peanut before 12 months (but not before 4 months) and suggest discussing how to do this with the child’s doctor.

“It is hoped that current ASCIA guidelines will assist in reversing the upward trajectory of early onset allergy disease in Australia, and that further research will continue,” they concluded.