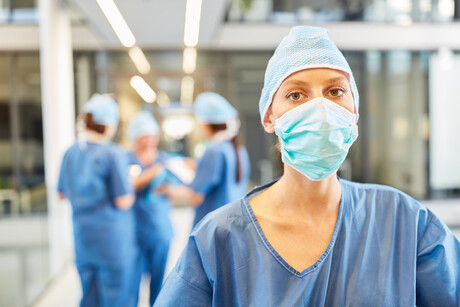 The latest AMA Queensland public hospital report card reveals that nearly half of Queensland’s trainee doctors are worried they will make a clinical mistake because they are exhausted from working excessively long hours.

Dr Maddison Taylor, Chair of AMA Queensland Council of Doctors in Training, said 48% reported concerns about making an error due to fatigue, and one-quarter had not been fully paid for the overtime hours worked.

“Disturbingly, 27% of junior doctors were advised not to claim unrostered overtime by an administrative officer or senior medical officer, and another third felt claiming would negatively affect their assessment,” she said.

“This year’s survey also revealed a rise in junior doctors feeling unsafe at work, from 22% in 2019 to 27% in 2020, reflecting the impact of COVID in our hospitals.”

“The overall proportion of junior doctors who personally experienced these behaviours has decreased from 39% in 2019 to 34% this year; however, the rate of staff witnessing bullying, discrimination or sexual harassment of a colleague has stayed the same at just over 40%,” she said.

“Of those who experienced or witnessed bullying, discrimination or sexual harassment, less than one-third reported the incident, and only 65% felt the matter was handled adequately when they did report it. We need to do better.”

“Doctors need to be able to work in healthy hospitals so they can provide the best possible patient care and thrive in their careers,” she said.

“As evidenced in the survey, doctors in training are working exceedingly long hours and in some cases without adequate senior support. This predisposes us to burnout and increases the rates of anxiety and depression, so it’s important not only to fix the systemic issues at play in our hospitals but also to provide practical support and advice in those early years.”

AMA Queensland has called on the next state government to commit $1.67 million to fund a Wellness at Work program to ensure all junior doctors receive the resilience training and support they need in their first five years of training.

The call for funding is included in AMA Queensland’s 11-Point Action Plan — The Pathway to Better Health for Queenslanders, which also calls on all political parties competing in this month’s election to commit to reviewing the mandatory reporting laws.

“The laws require health practitioners to report fellow clinicians if they believe they have depression, anxiety or another mental illness that could place the public at risk,” he said.

“The result is usually revoking of the doctor’s medical licence, even though their illness may be extremely treatable. Practitioners should have equal rights to access confidential high-quality medical treatment for mental health issues without feeling threatened that their medical licence will be revoked.

“Every year in Queensland, at least four doctors take their own lives. These deaths could be prevented if doctors were able to seek treatment without fear of losing their ability to practise medicine.”