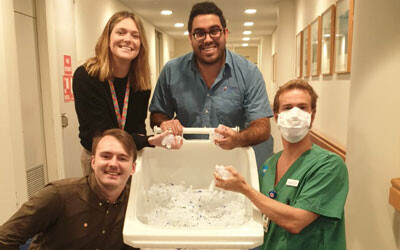 NSW hospitals could achieve annual savings equivalent to the cost of hiring 40 new nurses by recycling 40–60% of plastic waste, according to a report by NSW Circular.

Hospitals are estimated to generate 52,400 tonnes of waste a year, which cost the NSW Government at least $16m to dispose of, according to NSW Minister for Jobs, Investment, Tourism and Western Sydney Stuart Ayres.

“If every hospital in NSW undertook this program, we would be able to unlock significant savings that could be reinvested into patient care and essential services. At the same time, we would divert plastic waste from our environment and create new jobs and economic opportunities in recycling these materials,” said Minister Ayres.

The reliance on single-use plastic within our healthcare sector has never been more visible than during this pandemic. While understandably clinical waste cannot be recycled, around 40–60% of non-clinical waste is currently being thrown away. If this waste was recovered, NSW hospitals could save around $2–3 million a year, according to NSW Circular.

As a part of a demonstration project, initiated by NSW Circular, a passionate team of healthcare workers at St Vincent’s Hospital, Sydney helped turn waste into plastic parts for wind turbines and roller doors. The project was executed with the help of Orange-based company Allmould Plastics Group and SMaRT@UNSW Sydney. In just three months, more than 80,000 pieces of clinical waste plastic were collected, demonstrating what could be recycled, creating regional jobs, contributing to the economy and protecting the environment.

Following the success of the demonstration project, NSW Circular has formed new partnerships with Hunter New England and Northern Sydney Local Health Districts to take on the project.

St Vincent’s Hospital’s CEO, Associate Professor Anthony Schembri AM, said, “Recycling even just two items across all clinical use can recover nearly two million pieces, or four tonnes of plastic per year, in just one of our hospitals alone. It’s just the beginning.” 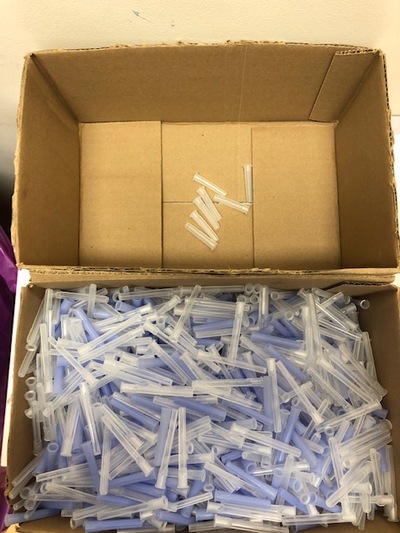 “We see enormous amounts of plastic waste going in the bin every day; it is truly disheartening. Being at the frontlines, staff have a huge desire to see more sustainable practices and we’re just so happy to see our efforts resulting in real benefits to both the hospital and environment,” said Rodrigo Fritis-Lamora, Heart/Lung Transplant Coordinator at St Vincent’s Hospital, who implemented the project.

Scott Cantrill, Client Adviser, Allmould Plastic Group, can see the economic impacts the rollout of this project, and more of its kind, will have in regional areas, such as Orange where the company’s business is located. “As a result of this project we are now negotiating with waste service companies and hospitals to increase our plastic feedstock and capacity. This will enable us to engage more full-time employees and support a multimillion-dollar investment in plant upgrades,” Cantrill said.

Following the success of this demonstration project, NSW Circular has formed new partnerships with Hunter New England and Northern Sydney Local Health Districts to divert waste from landfill and drive efficiencies and new jobs and investment.

The circular economy will be critical to meeting Paris emissions reduction targets, as the renewable energy transformation alone won’t be enough to get to net zero, said Lisa McLean, CEO, NSW Circular.

Nearly half the emissions we need to cut are embedded in products and waste. While the renewable energy transition can reduce 55% of emissions, the remaining 45% of carbon emissions are locked in food and products like hospital plastics — currently going into waste streams, McLean said.

“The circular economy keeps resources in the market longer, driving new jobs and investment, while significantly improving our environment.”