Anaphylaxis: around one in eight cases due to medications 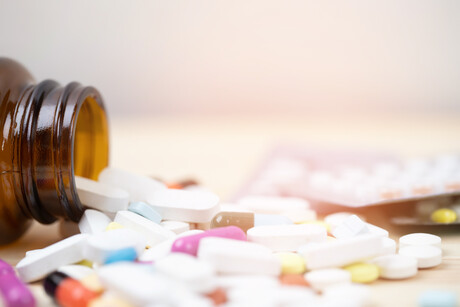 Around one in eight anaphylaxis cases reported in Victoria are likely to be caused by medications, according to research published in the Medical Journal of Australia.

Victoria began recording and analysing anaphylaxis events in the state from 1 November 2018, with 4273 episodes reported until December 2020. Foods were the highest cause of episodes, accounting for nearly two-thirds, with 1 in 12 attributed to insect venoms and 1 in 25 to other causes. Antimicrobial drugs, non-steroid anti-inflammatories, penicillin and cephalosporins made up the bulk of medication-related episodes.

The researchers, led by Dr George Drewett, an infectious diseases registrar at Austin Health, reviewed all cases of anaphylaxis reported to the Victorian Department of Health during the abovementioned period. “A total of 4273 anaphylaxis episodes were reported (females: 2292 cases, 54%); the overall anaphylaxis rate was 31.9 episodes per 100,000 person-years. The most frequently reported causes were foods (2659 cases, 62%); drugs were implicated in 533 cases (12%), insect venoms in 342 (8%), and other causes in 144 (4%). No deaths were recorded,” the authors reported.

Foods were found to be the highest cause of episodes, accounting for nearly two-thirds, with 1 in 12 cases attributed to insect venoms and 1 in 25 to other causes. Antimicrobial drugs, non-steroid anti-inflammatories, penicillin and cephalosporins made up the bulk of medication-related episodes.

“Our study provides a unique analysis of drug- and antimicrobial-related anaphylaxis, for which prospective data are scarce; many studies have been based upon retrospective analyses of hospital stays,” they concluded.

“Understanding the reasons for and the outcomes of drug-related anaphylaxis in Australia could improve decisions about prescribing and treatment.

Drewett and colleagues wrote that their findings were “largely consistent” with those of a retrospective multicentre cohort study in tertiary Australian hospitals during 2010–2015.