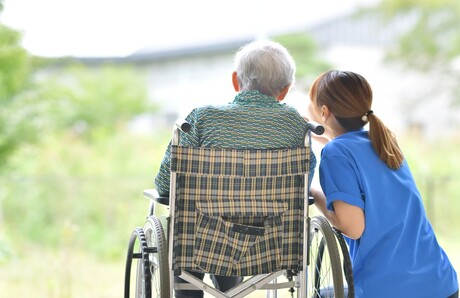 Economic modelling has revealed that Australia can transform the quality of its aged-care system in just four years.

Commissioned by the Health Services Union (HSU) for the Royal Commission into Aged Care Quality and Safety, the economic study reveals that the transformation is achievable by lifting the Medicare levy from 2% to 2.65%, with the proceeds channelled into creating an extra 59,000 skilled jobs for the sector.

This would create a ‘five-star’ system based on international standards, with residents receiving an extra 89 minutes of attention from carers, allied health therapists and registered nurses each day.

The Equity Economists report — ‘Delivering Decent Residential Aged Care’ — forms the centrepiece of a final submission to the Aged Care Royal Commission ahead of its September hearings into financing aged care.

The report revealed that, based on current staff ratios, only 42.5% of Australian aged-care homes would be considered satisfactory under the star rating system used in the United States, which rates facilities based on a suite of quality indicators.

Based on comparable jurisdictions, Australian aged-care residents receive fewer total hours of care than international counterparts. This shortfall will worsen as our population ages and the number of people relying on residential aged care increases. The report projects that the ageing of the population alone will require a doubling of the aged-care workforce to 200,000 employees over the next two decades.

However, modelling completed for the report shows the additional cost of delivering high-quality care to older Australians in residential aged care is affordable, costing an upper limit of $20 billion over four years.

This sum would be sufficient to lift wages above the minimum and attract and retain a skilled, caring workforce. Personal care workers in aged care are currently paid just $22.87 per hour. By contrast, a sales assistant earns $25.58 per hour and a petrol station attendant earns $22.97 an hour.

The report finds fully staffed, quality aged care could be funded by lifting the Medicare levy from its current level of 2% to 2.65%, reserving the funds for aged care. This would generate up to 59,100 additional jobs in the aged care sector.

“We can provide dignity and decency to the generation that built this nation. And we can do it for a reasonably modest outlay.

“This year we have seen COVID rip through aged-care homes like wildfire. Hundreds of families are grieving the premature death of grandparents and parents they often had no chance to farewell.

“But we knew our aged-care homes were running on the smell of an oily rag well before COVID. As the Royal Commission revealed, food budgets in aged-care facilities were as low as $6 a day per resident, while sanitary pads were being rationed. Carers rarely had time for basic activities such as taking residents to a local park, while functions such as catering and cleaning were outsourced, leading to horrendous wage theft.

“We must now build the aged-care system our elderly deserve. Care homes desperately need more staff with greater training and higher pay. For too long the system has relied on the goodwill of a highly casualised and underpaid female workforce that often retired into poverty.

“Over the past decade I have not met a full-time aged-care worker, which is absolutely disgraceful. Investing for a fully staffed, highly trained aged-care workforce now is also a smart economic measure. As we emerge from a crisis that has melted away millions of jobs, we know demand for aged care is going to surge. Now is the time to create the funding mechanisms that make this possible."

Further facts emerging from the report include:

Australian researchers are calling for more than 3500 volunteers to enrol in a study...