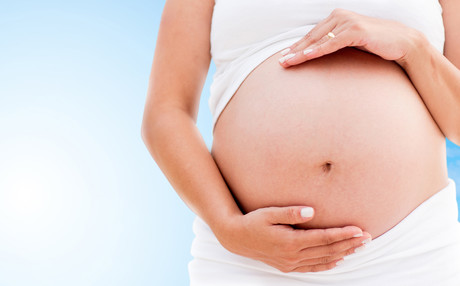 Researchers from the University of Adelaide have successfully tested a drug that is showing some early promise in efforts to prevent pre-term birth.

The findings, published today in the Nature journal Scientific Reports, are a step forward in understanding the inflammatory mechanisms that lead to pre-term birth and how they can be suppressed.

Researchers in the University's Robinson Research Institute tested a drug known for its abilities to switch off pro-inflammatory pathways. Using the drug in pregnant mice, the researchers found that pre-term birth was entirely prevented, infant fatalities were significantly reduced, and the low birth weight normally associated with pre-term birth was also reversed.

Pre-term birth (being born at less than 37 weeks' gestation) is the major cause of death in children under five years of age, accounting for 1.1 million deaths annually. Pre-term births represent 12% of all births worldwide.

"New interventions are urgently needed to tackle the underlying causes of pre-term birth, prevent infant deaths and reduce the impact of a wide range of developmental impairments which can have lifelong health consequences," says lead author and Director of the Robinson Research Institute Professor Sarah Robertson.

The main causes of pre-term birth are bacterial infection (in around 50% of cases), physical injury or stress causing placental damage, carrying twins or triplets, or from environmental toxins such as air pollution. Each of these is associated with what researchers describe as an "inflammatory cascade", which can activate the mother’s immune response and ultimately lead to spontaneous pre-term birth.

This inflammatory cascade is triggered by an immune receptor known as Toll-Like receptor 4 (TLR4), responding to infection, physical injury or stress. TLR4 is critical to the body's immune response but it also produces a number of pro-inflammatory effects that are harmful to pregnancy.

"TLR4 is a trigger of spontaneous pre-term birth," Professor Robertson says. "For this reason, we wanted to test a drug known for its ability to block the actions of TLR4, to see if that would also prevent pre-term birth."

The drug tested in this study is known as (+)-naloxone (pronounced: PLUS nal-OX-own).

"We found that by treating pregnant mice with (+)-naloxone, it provided complete protection against pre-term birth triggered by bacteria. It also protected against stillbirth and infant death shortly after birth, and led to a correction in birth weight among infants that would otherwise be born at very low birth weight," Professor Robertson says.

"The babies born to mothers treated with (+)-naloxone developed normally and were mostly indistinguishable from those born to the control group."

Professor Robertson says that while other drugs are currently in use to help prevent pre-term birth, they are used at much later stages of the process leading to birth.

"By the time the conditions for pre-term birth have already arisen, it's often too late for current treatments to do anything about it. What we really need is to stop the train at the station, as it were, before it can head down that track. Once it's left the station it's usually too late to stop it.

"Our studies give us some encouragement that it may be possible to prevent many pre-term births, by using drugs that target the body's inflammatory mechanisms, probably in combination with antibiotics as well," she says.

Professor Robertson says more research will be needed to determine if (+)-naloxone or similar drugs could be used in human clinical trials.