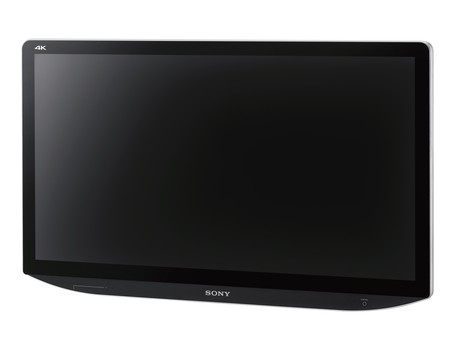 Sony Medical ANZ has announced the launch of the industry’s first1 55″ and 31″ 4K 3D LCD medical monitors, the first of their type to realise high brightness, high resolution 3D imaging.

As the ongoing evolution of imaging technology has made 4K imaging equipment increasingly popular in the healthcare industry, demand for further technological enhancements is growing. Sony believes real 3D images that allow operators to grasp accurate, high-precision depth information are extremely useful in operating rooms. Further, endoscopes and other medical modalities and devices that are 4K/3D compatible have made their appearance in healthcare centres in recent years, leading to demands for monitors that can reproduce the same level of image quality.

“Sony is proud to introduce the LMD-X550MT and LMD-X310MT 4K 3D LCD monitors to achieve and possibly exceed the high-resolution image quality that is present in today’s FHD 3D endoscopy system,” said Amanda Aldridge, Product Manager – Professional Solutions Division for Sony Australia. “While 3D camera systems today are able to shoot in full HD for both left and right channels, there is a loss of resolution on the FHD 3D monitor display as it has to display both channels within its limitation of 1920 by 1080 pixels. Thanks to Sony’s 4K 3D monitors that display four times the number of pixels, true FHD 3D image quality can now be realised, providing surgeons with richer visual information to make more informed decisions.”

Sony is proactively promoting the adoption of 4K and 3D for healthcare imaging solutions, and is working to provide high quality, innovative products as part of its efforts to strengthen its line-up of products targeting healthcare sites. Key features of the latest 4K LCD monitors include:

Sony’s LMD-X550MT and LMD-X310MT can display 3D signals in both HD and 4K. Their 3D signals are also compatible with SDI (3G), DVI and HDMI terminals.

In addition to providing side-by-side, line-by-line and top & bottom imaging, the 3D transmission method allows SDI dual streaming in the case of HD 3D, making it possible to connect with a wide range of equipment with 3D output.

In addition to straightforward 3D images, the LCD monitors can display 2D images in sub-screens in Picture-in-Picture (PinP) mode. They can also display reference images while showing the operative field in 3D. Also they can display 3D images in 180° ‘flip’ mode.

The LMD-X550MT and LMD-X310MT LCD monitors also feature Sony’s original OptiContrast Panel, which replaces the air between the panel and the glass with a layer of resin. Eliminating the air layer helps reduce glare and reflection by preventing image distortion arising from light diffusion and any reduction in contrast, thus producing sharp, vivid images.

The LCD monitors are equipped with Sony’s unique AIME (Advanced Image Multiple Enhancer) technology. This allows operators to adjust the profiles and colours of 4K and 3D images from endoscopes and surgical microscopes.

The lightweight CFV-E30SK eye-shield kit comprises one frame and three disposable 3D eye-shields, and is designed for comfort over extended periods.

Australia, like most high-income countries, has a large and growing elderly population with...

This indicator provides a visual reminder that a circuit is live, which reduces the risk of...

While we're a long way from robots running human health services, the Internet of Things...