How genomics can lead doctors to 'knowing ahead of time' 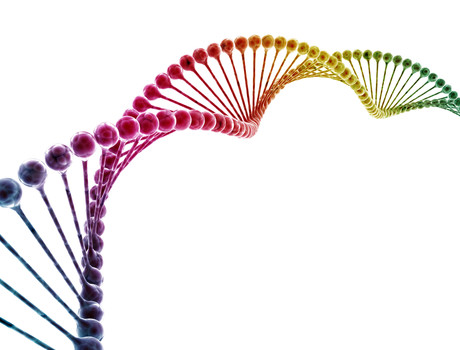 A relative handful of patient success stories show the promise of genomic medicine in treating previously confounding health disorders, but the big challenge now is to expand that patient universe from hundreds of people to hundreds of millions.

During a presentation at Oracle Industry Connect on 20 March, Dr Robert B Darnell, senior physician at The Rockefeller University and a founding director of the New York Genome Center, laid out how far we’ve come and how far we still need to go in customising medical care to individuals’ unique genetic makeups.

In setting up the enormity and complexity of the data challenge alone, Darnell offered this nugget: If you were to take the genomic data on just 400 or so people and represent it on a board, it would stretch from Earth to Mars.

Still, precision medicine has come a long way since 2000, when medical researchers first succeeded in sequencing the entire genome of a single human being — the biotechnologist Craig Venter — after a decade of work involving 3000 people at a cost of US$3 billion. That work entailed sequencing 3 billion DNA base pairs, an undertaking that is still financially untenable at scale, Darnell noted.

As a result, the medical industry has moved to ‘exome sequencing’, which entails determining the precise order of nucleotides for 30 million DNA base pairs. That’s only 1% of the full 3 billion, but it’s a sample that has proved effective in identifying genetic variants that cause cardiovascular, cancer, mental health and other disorders.

The key is that exome sequencing can be done at a much lower cost — today at around US$1,000 and falling — than whole-genome sequencing, though it still has its limitations given the fact that “the full genome has extra information in it that the exome can’t reach,” Darnell said.

He provided a heartwarming example of the power of this sequencing: the case of an otherwise healthy 18-month-old girl who suffered neck, leg and arm weakness to the point that she became wheelchair-bound.

After the girl’s doctor performed the standard diagnostic routine — review of the patient’s medical history followed by a physical examination — he drew on his education, training and experience to make his best guess of what was wrong with her. Which proved to be incorrect — as such diagnoses usually are with non-obvious health disorders, Darnell said. The doctor subsequently treated the little girl for an autoimmune disease she didn’t have, predictably with no improvement.

What ended up saving her life was the decision to then move her treatment to the genomic realm. Her blood was drawn and her exome was sequenced, revealing a nucleotide chain within her DNA that was different from her mother’s and father’s genome.

Turns out her missing gene was a transporter of Vitamin B2 (Riboflavin), so the mutation prevented her body from soaking up the vitamin. That deficiency is known to cause progressive neurological weakness and, eventually, death by asphyxiation due to diaphragm failure, Darnell said.

Treated with a high dosage of off-the-shelf B2, the girl recovered fully within eight weeks. Without genomic sequencing and the resulting diagnosis and treatment, however, the outcome would have been very different.

Darnell noted how the ‘diagnostic odyssey’ in such cases, in the absence of genomic medicine, is “torture on the family, dangerous for the child, and a huge burden on the health system.”

“Not only is this a big needle-in-a-haystack problem, but time is a big variable,” he said. “This child was getting sicker and sicker. It can’t be a research project.”

As precision medicine moves onto the front lines of patient care, doctors need timely access to the latest clinical and genomic information. And they need an easy way to discuss best treatment options for individual patients with a range of third-party experts, including researchers and molecular pathologists.

Darnell offered the example of another positive outcome with a patient, actress Glenn Close, the first identified (as opposed to anonymous) woman to have her genome sequenced, in 2010, along with her sister and nephew.

Close has gone public in discussing the details of the sequencing in order to raise awareness of mental illness, which runs in her family. At the time, Close’s sister had a serious case of manic depression, and her nephew had schizophrenia.

The genetic defect that was discovered in her sister and nephew wasn’t a single nucleotide chain. It was more subtle: The sister and nephew had a gene duplicate — three copies instead of two — that produced an enzyme that breaks down the amino acid glycine, a mutation that was linked to the two different mental disorders. Left untreated, it’s deadly in many cases, Darnell said.

Fortunately, like with the B2 example, there was an off-the-shelf treatment: high-dose glycine, which had an effect similar to insulin for a diabetic — rapid improvement in the patients’ conditions. “Basically, glycine cured their neuropsychiatric illnesses,” Darnell said.

Darnell said he’s a huge supporter of the genomics of promoting wellness and preventing diseases, as opposed to just treating them. “The best way to treat a disease is to prevent it,” he said, “and the best way to prevent it is to know you have it” — or are predisposed to getting it. He noted that because some diseases, like Alzheimer’s, are still incurable, not everyone will want to know if they’re predisposed.

“But there’s a subset of things we can look at that would change your actions in your life,” Darnell said. “It’s a fascinating area ripe for big data analysis.”

He explained that the American College of Medical Genetics and Genomics has released a list of 56 genes which harbour mutations that could lead to a number of health disorders — but are medically ‘actionable’ once they’re identified. Those disorders include inherited cancers and cardiac diseases, as well as Marfan Syndrome, an incurable but treatable disease of the connective tissue that is believed to have inflicted Abraham Lincoln.

The most serious effects of Marfan Syndrome involve the heart and aorta, so the ‘action’ in this case for those predisposed to getting the disease is to avoid sports and other activities that entail rigorous upper body contact. Said Darnell: “It’s the value of knowing ahead of time what risk factors there are.”

How can technology be harnessed to protect the physical, emotional and psychological wellbeing of...

With cloud-based digital technologies, pharmacy teams can protect valuable stock and ensure the...

Video conferencing with care workers and relatives is becoming the new norm. These solutions...