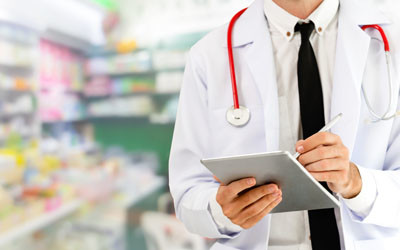 The healthcare sector should phase out paper prescriptions sooner rather than later, but be prepared for patient reactions in the transition to e-prescribing, said the Chair of the SHPA’s Electronic Medications Management Leadership Committee, James Grant.

Grant’s comments come after the federal government’s $15.3 million pledge to build e-prescribing technology into doctors’ existing clinical software and the recent passing of Commonwealth legislation, setting states and territories up to enable e-scripts as a legal alternative to their paper counterparts.

“At present e-scripts aren’t mandatory, but as long as the sector remains beholden to archaic practices, it will be constrained and won’t realise its full economic or health benefit potential,” he told Hospital + Healthcare.

“At an individual level, the benefits of e-prescribing may seem trivial. But at an organisational or national level, they are staggering. We are talking multimillion-dollar savings, significantly improved clinical workflows and better patient outcomes.

“Like any form of health digitisation there will naturally be concerns over cybersecurity — or general technophobic resistance — but it’s important the sector sees this as just a challenge and not an outright barrier,” he said.

The United Kingdom recently abolished its paper script system and is expected to save £300,000,000 by 2021. Meanwhile, the United Arab Emirates is well into its transition, which began in 2018.

Grant said that, in addition to our global peers, health care should strive to keep pace with other sectors, which are more “brazen” in their approach to digitisation, whilst being mindful of the impact to direct patient care.

“From a digital transformation perspective, it’s no secret that health care is lagging behind other industries; yet the need for digital streamlining is more pronounced in this sector than nearly any other,” he said. “When health outcomes are at stake, there is always a greater urgency to embrace opportunities for digital enhancement.”

Grant believes the greatest hesitation over e-prescribing may come from aged-care recipients but that, paradoxically, they will be one of the primary beneficiaries of the new system.

In propagating the transition, he sees the role of prescribing doctors as vital.

“E-prescription exchange servers aren’t the sexiest topic in the world,” he admitted. “And so, it might be the case that some patients are simply not aware of the option of an e-script in the months and years to come. Plus, there will always be that cohort of end users that needs more convincing,” he said.

“There’s work to do, but once the transition is made, as a sector, we won’t look back. I see it as no different to the arrival of smart phones or satellite navigation systems. Even the greatest technophobes now own one and can’t imagine life without it,” he concluded.