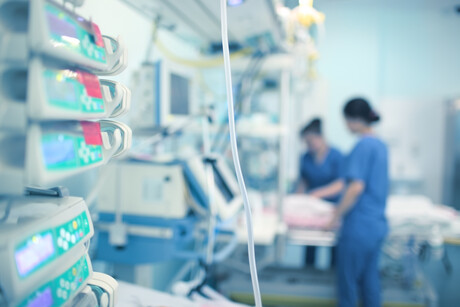 The Critical Health Resources Information System (CHRIS) — a national tool for monitoring and sharing intensive care unit (ICU) capacity — has been described as a vital component of Victoria’s COVID-19 response, with potential to augment existing healthcare monitoring systems, according to its developers.

Dr David Pilcher — an intensivist at the Alfred Hospital in Melbourne, and Chair of the Centre for Outcome and Resource Evaluation with the Australian and New Zealand Intensive Care Society (ANZICS) — and colleagues detailed the development and success of CHRIS in the Medical Journal of Australia.

“In late March 2020, rising numbers of COVID-19-related admissions to ICUs were observed throughout Australia,” Dr Pilcher and colleagues wrote.

“ANZICS and the Australian Government Department of Health [DoH] recognised that ICU demand was unlikely to be uniform, that capacity might be exceeded in one region but not in another, and that matching ICU resources to areas of greatest need might be required.

“A single sentence encapsulated the approach: ‘Why would we let a patient die in Western Australia if we can see a spare ventilator in Sydney?’”

In a collaboration between ANZICS, the DoH, Telstra Purple and Ambulance Victoria, a national dashboard of ICU activity (CHRIS) was created.

The authors explained that public and private adult and paediatric ICUs throughout Australia were instructed to enter data twice daily, with each ICU able to see patient numbers and resources available within every ICU in their region and an aggregate summary of all ICUs in Australia. CHRIS was available to all state and territory health departments, to all patient transport and retrieval agencies, and also to ICUs in New Zealand. Three weeks after the system went live on 1 May 2020, 184 out of 188 eligible ICUs (98%) in Australia were contributing data, meaning that the system was ready for the second wave of COVID-19 that hit Melbourne and Victoria at the end of June.

“From the beginning of July to the end of September 2020, there were 237 ICU admissions with COVID-19 pneumonitis, of which 210 (88%) occurred in July and August,” Dr Pilcher and colleagues wrote.

“Admissions were predominantly to public hospitals in north-western Melbourne. The rapid and localised nature of presentations meant that it was faster to transfer patients to ICUs with vacant capacity than to open and staff additional beds, despite physical ICU bed spaces being available.

“Transfers from the emergency department or ICU at the four north-western metropolitan hospitals alone accounted for 35% (46/133) of all critical care transfers in Victoria during July and August.”

CHRIS provided real-time data on ICU activity and capacity, as well as facilitating the transfer of critically ill patients. The system also enabled early diversion of ambulance presentations to emergency departments at hospitals where ICUs had capacity.

“These approaches were integral to ensuring standards of care were maintained by clinicians, retrieval agencies and the Victorian health department. At the same time, there was visibility to the Australian Government Department of Health, which would, if required, coordinate a national response to overwhelmed ICU services,” the authors wrote.

Dr Pilcher and colleagues believe CHRIS has the potential to be used beyond intensive care settings, assisting in the response to local and national public health emergencies such as mass casualty events, bushfires or thunderstorm asthma. They noted that automated linkage of CHRIS to existing state-based and national systems should be investigated, as well as potential use in monitoring health policy impacts more broadly.